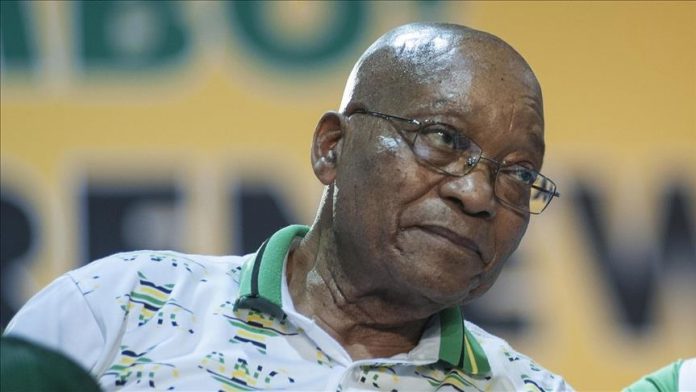 Former South African President Jacob Zuma stated on Thursday that the country’s judicial system was unfair and that is why he was jailed without trial in July.

“Today we have a state governed by those who know what it is like to be oppressed and denied fundamental human rights. It is this state that has imprisoned me for contempt of court without trial,” Zuma said in a video link to hundreds of his supporters who had gathered at a stadium in the city of Durban to hold a welcome prayer service for him.

Zuma, 79, was sentenced to 15 months in prison in July by the country’s Constitutional Court for contempt after he refused to appear before a judicial commission probing graft during his nearly decade-long presidency.

He was released from prison on medical parole in early September while he was in hospital undergoing treatment.

“I remain a prisoner under very strict parole conditions. It feels like what house arrest and banning orders must have felt like during the colonial apartheid government,” Zuma said. “Something has gone terribly wrong in our country.”

The former president, who spent a few weeks at the Estcourt Correctional Center in KwaZulu-Natal province before he was admitted to a hospital, said he has been persecuted for many years.

“Many attempts were made to remove me from any leadership position in the African National Congress (ANC) party and the democratic government since 1994,” he said, adding the judicial commission probing corruption during his tenure was the finial measure used by those who fear what he represents.

Zuma urged South Africans to vote for the ruling ANC which he once led, but it asked him to step down in 2018 as the country’s president before the end of his term.

South Africa will hold local government elections on November 1. Zuma also called for unity within the ANC, saying enemies of freedom have always tried to divide the party that brought democracy after decades of fighting apartheid.​​​​​​​