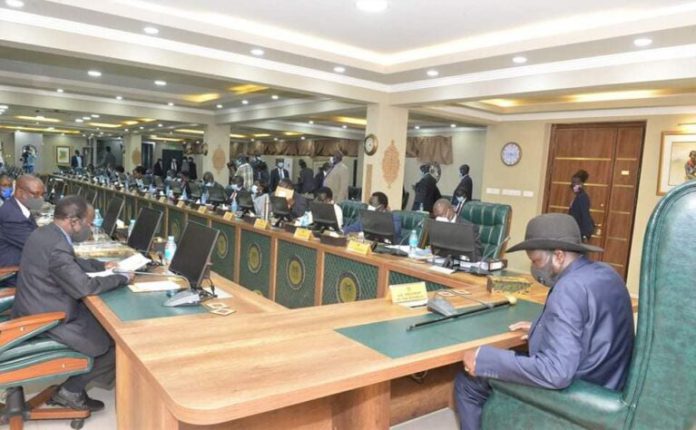 The president of Sudan, Salva Kiir has denied approving the change of currency following economic crisis in the nation.

Last week, Makuei intimated reporters in Juba that the cabinet during a meeting chaired by President Kiir had agreed to change the country’s currency, Pound, primarily to force those hoarding money to go for banking.

“The cabinet has decided that the current currency should be changed….This is to improve our economic situation,” Makuei told reporters after a weekly cabinet meeting last week.

However, in a statement issued on Wednesday, the presidency said the last week’s cabinet meeting did not discuss or agree to replace the country’s currency, and President Salva Kiir was angered when he decided to call an emergency cabinet meeting about the issue.

The statement said President Kiir blamed Makuei for announcing the said change of currency which the statement said has led to the current depreciation of Pound against United States dollar.

The cabinet meeting discussed the “Current Economic Crisis in the Country with particular focus on the hyperinflation rate in the market due to the announcement made by the Minister of Information and Communication, Michael Makuei Lueth mentioning a change of country’s Currency after the meeting of the previous Friday Cabinet meeting,” the statement seen by Sudans Post partly reads.

“President Salva Kiir questioned the Council of Ministers, why an announcement of currency change was made to the public last Friday yet it was not part of the agenda and resolutions of the previous cabinet meeting,” it added.

Kiir denied, according to the statement, that the issue of the change of currency was discussed in any way, but admitted that the matter is a long-term government plan that was not however brought up for discussion.

The change of currency “was brought up in the discussion of previous cabinet meetings as one of the proposed ideas to be subjected for study and discussions as one of the long-term economic measures but it was not agreed and passed by the council that time,” the statement said.

It said the president told the ministers that “the government did not and has not agreed to change the currency of the country, but instead it was a suggestion, a proposed idea to be studied by the economists.”

It further explained that the government is in a process “of acquiring a loan that will be injected in the market to stabilize the currency rates. In addition, the Council of Ministers meeting also agreed to divert and inject the oil money into the market to help in the stabilization of the market .”

Vaccine Alone Will Not End the Pandemic – Director-General, WHO Asserts