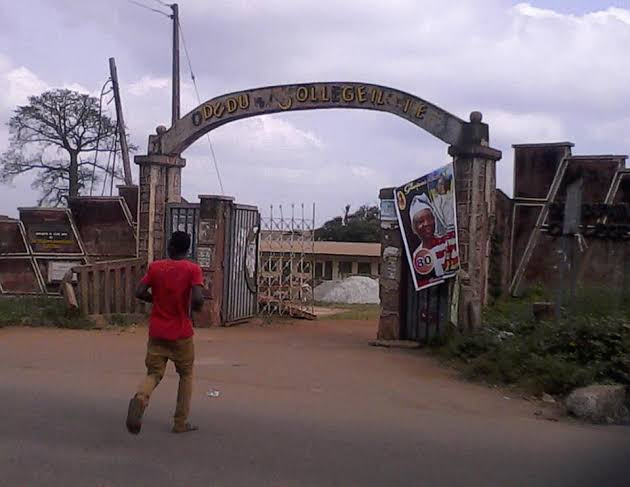 A 19-year-old student of Oduduwa College, Ile-Ife has reportedly beat up his the school principal, Mr Ademola Sanusi to coma on Friday, February 5.

The reason the student attacked the principal with his “gang members” is unknown, it was however gathered that teachers in the school fled the scene to avoid being beaten alongside the principal.

The Osun state police command has arrested the teenager for the act.

The student who is said to be the arrowhead of the evil act is presently being detained at the state police command, and is helping the police to fish out his other colleagues who fled before the arrival of the police.

Spokesperson of the police command in the state, Mrs Yemisi Opalola who confirmed the arrest of the suspect told Nigerian Tribune that investigations are ongoing on the matter with the assurance that the perpetrators of the callous and inhuman act would not go scot-free.

Osun State Commissioner for Education, Folorunso Oladoyin has condemned the act he described as indecent and uncultured. Oladoyin vowed that that the 19-year-old culprit and his gangsters will not go unpunished.

Load shedding: Here’s when stage 2 rolling blackouts will be suspended