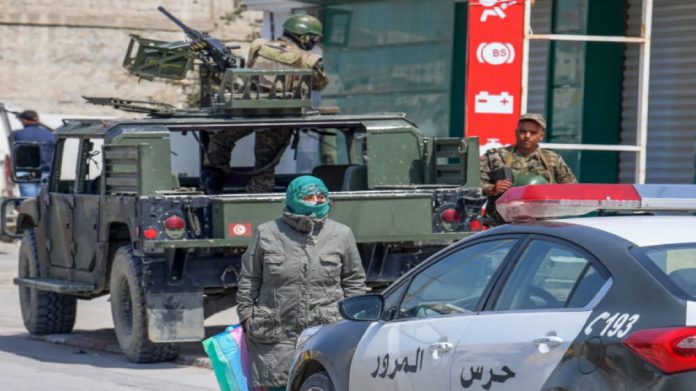 Due to the surge in cases of coronavirus in Tunisia, the government has deployed armed forces to vaccinate people in the regions with the worst infection rates

At the Kesra medical center,, military doctor Riadh Allani stated that the turnout for shots “is satisfactory, but it is weak compared to the big cities where the news spreads quickly and people come.”

“Here, many citizens face difficulties to reach the vaccination center, so we are ready to extend our stay to give an opportunity for everyone to come,” Allani told The Associated Press.

According to data from John’s Hopkins University, confirmed cases in Tunisia have reached their highest daily numbers of the pandemic, but the nationwide vaccination rate remains low over the past month. The data indicated that Tunisia has reported Africa’s highest per-capita pandemic death toll and is currently recording one of the world’s highest daily per-capita infection rates.

Military health workers vaccinated thousands of people in Kesra and other sites in the Siliana region in central inland Tunisia, mainly individuals over age 60 with underlying health conditions. The campaign in Kesra used Sinovac vaccines from China.

A resident of Kesra, Rafika Achour disclosed that she was summoned twice to get a vaccine, but had been skeptical about submitting to a shot.

“When I heard of the arrival of the army, I decided to come for the vaccine because … for me, (the army) is more honest than others,” Achour said at the vaccination site.

Meanwhile, UAE, Turkey and Algeria have sent hundreds of thousands of vaccine doses and medical supplies to Tunisia. A shipment of medical aid came in by sea from Italy on Friday. France this week promised another 800,000 COVID-19 vaccines, and China promised 400,000, according to Tunisia’s TAP news agency.

Johns Hopkins data affirmed that as of Saturday, Tunisia had reported more than 17,000 deaths and more than 533,000 confirmed cases since the start of the pandemic.