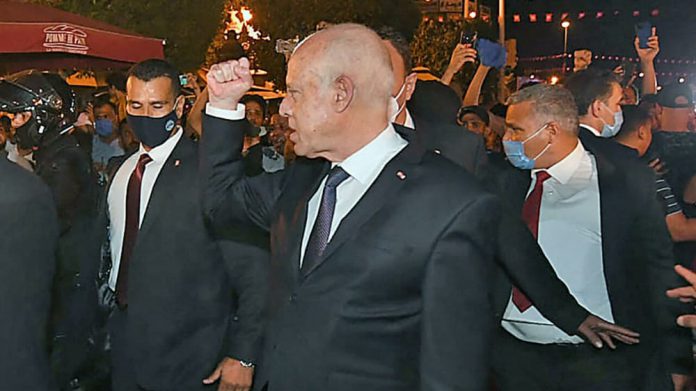 Tunisian President, Kais Saied stated that “wrong economic choices” had caused major financial problems in his first comments on the economy since using emergency powers to seize control of government late on Sunday.

In a meeting with the head of the UTICA business union shown in a video distributed by the presidency, Saied said 460 people had stolen 13.5 billion dinars ($4.8bln) from Tunisia and offered a “penal settlement” if they returned the money.

“I propose a penal reconciliation with businessmen involved in looting the people’s money and tax evasion in exchange for their commitment to projects … instead of being prosecuted and imprisoned,” said Saied, a former law professor who came to office in 2019 campaigning against corruption and an entrenched political elite.

When he seized government powers on Sunday, a move denounced by opponents as a coup, he also said he would take over public prosecutions and removed immunity from members of parliament.

Economic stagnation, with successive governments pulled between the competing demands of foreign lenders and a powerful labour union, has contributed to growing public anger before Saied’s move on Sunday.

In his meeting with UTICA head Samir Majoul, the president also called on traders to reduce prices and warned them not to hoard goods or speculate, saying violations would be prosecuted.

It was gathered that Tunisian bond prices fell sharply on Monday after his declaration.

FG set to begin investigation into source of alleged $40m by...