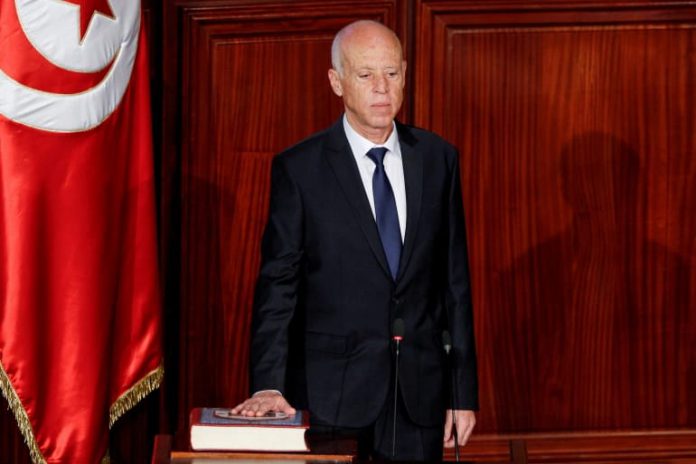 The US secretary of state, Antony Blinken urged the government of Tunisia to restore parliament as he stated that Kais Saied promised him he was committed to democracy.

The US Secretary of State has expressed concern about the political crisis in Tunisia after President Kais Saied suspended the parliament and dismissed the government in a move the country’s main political parties called a “coup”.

Antony Blinken said on Thursday that he was concerned about the possibility of Tunisia deviating from its democratic path, urging action including the restoration of parliament after he spoke to Saied on Monday.

“The intentions he expressed to me were to return Tunisia to that democratic path and to act in a way that was consistent with the constitution,” Blinken told Al Jazeera during a visit to Kuwait.

“But of course we have to look at the actions that the president takes, that Tunisia takes,” he said.

“So our strong hope and expectation is that Tunisia will return to that democratic path, act consistent with the constitution, unfreeze the parliament, have a government in place to do the work of the people, to be responsive to their needs.”

Blinken also said the rights of journalists need to be upheld by Tunisia’s government following the removal of the head of the national television station on Wednesday, and the decision to storm Al Jazeera’s bureau in the capital Tunis.

Meanwhile, President Saied had said the parliament would be suspended for 30 days, though he told reporters the 30-day period can be extended if needed “until the situation settles down”.