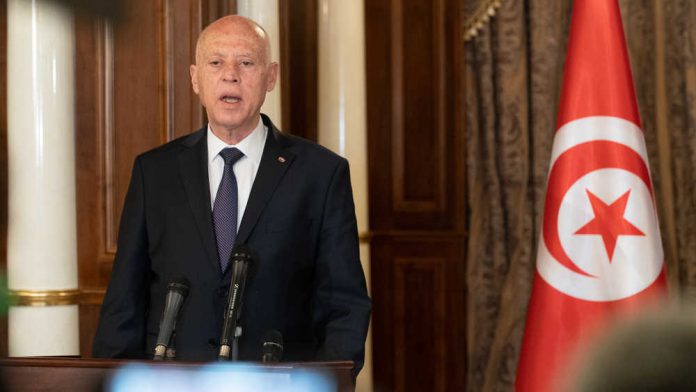 Thousands of Tunisians have protested against President Kais Saied’s seizure of almost total power in the capital on Sunday.

The increase in the number of people taking to the street in recent weeks have raised the risk of the political crisis unleashing unrest.

“We will not accept the coup. Enough is enough,” said Yassin ben Amor, a protester.

A heavy police presence stopped any march down Habib Bourguiba Avenue in Tunis, but despite some protesters throwing plastic bottles there were no clashes.

Government spokesman Khaled Hayouni said the police would deal with protesters from both sides in the same way.

Meanwhile, Saied dismissed the Prime Minister, suspended the parliament and assumed executive authority in July in moves his foes call a coup.

It was gathered that he brushed aside much of the constitution last month.

Police brutality: Most Ipid cases against officers are for assault