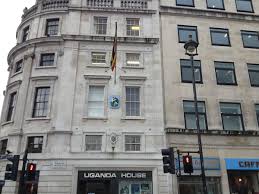 Uganda’s High Commissioner to Kenya, Phibby Otaala has refused to hand over to Hassan Galiwango, who was recently vetted by Parliament and appointed.

Ms. Otaala said on Sunday that she has not been recalled by the appointing authority, President Yoweri Museveni, despite leaving office to participate in the National Resistance Movement (NRM) primaries for Tororo District woman MP.

Regarding rumors about her resignation, she said they were created by “some people who wanted to confuse the public”.
“I’m still the substantive ambassador of Uganda to Kenya. I don’t have any recall letter from my boss (the President),” she told NTV Uganda.
“I did not resign. I just came to participate in my party elections because before I was appointed ambassador, I was an executive member at NEC level.”

Ms Otaala further said Dr. Galiwango was vetted for another position.
“We have five other embassies hanging [sic]. They did not vet him for Nairobi. If they vetted him for Nairobi then that’s byoya bya nswa (metaphorically meaning ‘an insufficient provision that is much less than the ideal’). I’m not about to leave.

“There cannot be two ambassadors in the same area. He can go to China, Japan, Angola, Geneva, among others. He should not look where I am. Nairobi etandise okumpomera [Nairobi is just getting sweeter for me],” she said.

The long-serving director of finance was replaced at the secretariat by Medina Naham, the NRM party chairperson of Koboko District.
He is the husband of current Mbale Woman MP Connie Galiwango.

Contacted, Senior Presidential Press Secretary, Don Wanyama, noted the procedure that sees the President write to the Speaker before a nominee is vetted in Parliament. He said all this happened in Dr. Galiwango’s case.

He said, “Who says it’s her duty to determine when to stay or leave office?”
Dr. Galiwango said Sunday that he had no time to respond to Ms. Otaala since she is not the appointing authority.

“I was appointed by the President and vetted by Parliament. I don’t have time to respond because she is not the appointing authority,” he told Daily Monitor via a phone call.