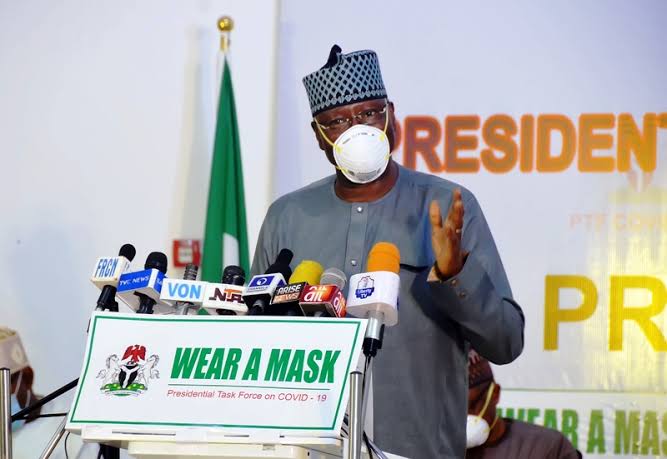 The Presidential Task Force on COVID19 has allayed the fears of Nigerians that there is no plan for a fresh lockdown in the wake of the second pandemic.

This statement was made in reaction to a letter allegedly from the task force indicating an imminent lockdown starting last weekend.

The PTF has described the letter as fake and has stated there are no plans to impose a fresh lockdown.

A statement from Willie Bassey, the spokesperson of the PTF reads:

“The attention of the Presidential Task Force on COVID -19 has been drawn to some mis-information circulating on social media to the effect that the Federal Government is contemplating another lockdown this weekend.”

“The PTF wishes to state categorically that there is no such consideration at any of its meetings nor has any recommendation been made to this effect to the President.”

“The PTF frowns at such unpatriotic mis-information which is capable of causing unnecessary panic and anxiety among the populace.”

“It urges Nigerians to disregard the mis-information and join hands with the Federal Government to contain the spread of the virus in the country by adhering to Non-Pharmaceutical Interventions (NPI’s) as recommended by the PTF.”