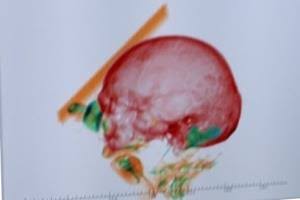 German custom officers have apprehended a 74-year-old women and her 52 year old daughter after an unusual discovery at the Airport. The officials found a dead man in the duo luggage as they were transporting the skeleton of their dead husband and dad after he died in 2008.

In order to return him home to Armenia, they put his bones inside a box in their suitcase as they were travelling from Greece to Yerevan with a stopover in Munich when German authorities made the unusual discovery.

As stated in a report by The Mirror, “Customs officials, a doctor, and prosecutors were called in, and they determined no crime had been committed.

“The mother and daughter, who were not named in reports, were able to produce official documents relating to their relative’s remains so were allowed to carry on their journey to Armenia.

“It is not known why the women waited 12 years to return the man to his homeland but he had been buried in Thessaloniki, Greece,” media report added.