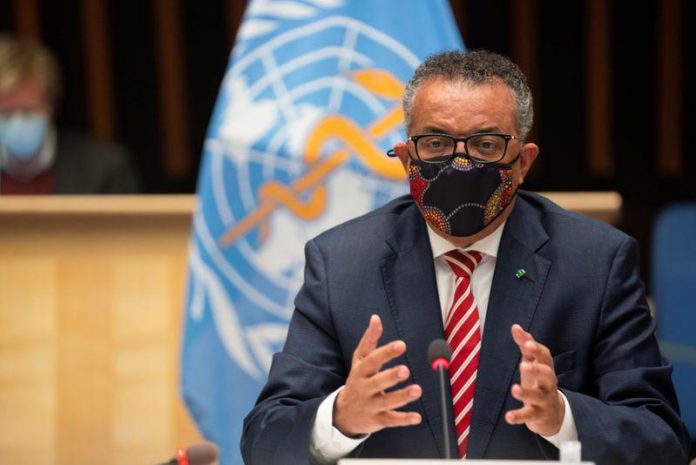 The Director-General of the World Health Organization (WHO), Tedros Adhanom Ghebreyesus has said on Tuesday, October 6, that a vaccine against COVID-19 may be ready by year-end.

“We will need vaccines and there is hope that by the end of this year we may have a vaccine. There is hope,” Tedros said in closing remarks to the WHO’s Executive Board meeting that examined the global response to the pandemic.

“Especially for the vaccines and other products which are in the pipeline, the most important tool is the political commitment from our leaders especially in the equitable distribution of the vaccines,” Tedros said.

“We need each other, we need solidarity and we need to use all the energy we have to fight the virus,” he said.

The EU health regulator has launched a real-time review of a COVID-19 vaccine developed by U.S. drugmaker Pfizer PFE.N and Germany’s BioNTech 22UAy.F, it said on Tuesday, following a similar announcement for rival AstraZeneca’s AZN.L jab last week. The announcement by the European Medicines Agency (EMA) could speed up the process of approving a successful vaccine in the bloc.

Nine experimental vaccines are in the pipeline of the WHO-led COVAX global vaccine facility that aims to distribute 2 billion doses by the end of 2021.

So far some 168 countries have joined the COVAX facility, but neither China, the United States nor Russia is among them. The Trump administration has said it is relying instead on bilateral deals to secure supplies from vaccine makers.