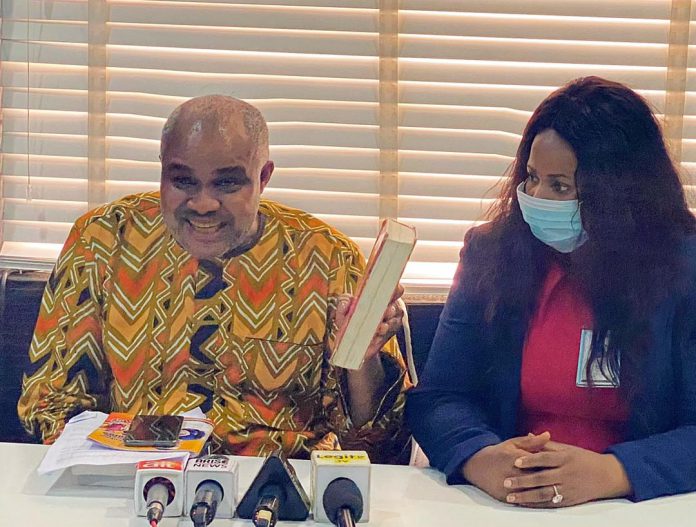 The Rights group said the failure of the President to dismiss the minister of Communications and Digital Economy, Sheikh Isa Ali Ibrahim Pantami from office even after he confessed to expressing sympathy and support for global Jihadist movements of AlQaeda and Taliban has further emboldened the terrorists to up their game.

In a statement signed by the National Coordinator, Emmanuel Onwubiko, the rights group said these terrorists have now got the signal that they can operate and kill as much as they want and nothing will happen to them because those wielding governmental powers are sympathizers of terrorism.

HURIWA recalled that for the umpteenth time, terrorists have attacked Christian worshippers at a church in Manini Tasha village, Kuriga Ward in Chikun local government area of Kaduna State, on Sunday morning just as one person, identified as a medical doctor, was killed while an unspecified number of worshippers were abducted by the attackers.

The Rights group said an eyewitness, who narrowly escaped the scene at Haske Baptist Church in Manini village, Mr. Yakubu Bala, told the media that the bandits, who were heavily armed stormed the church and surrounded the worshippers at about 9 am. He explained that the bandits came in their number, heavily armed, and began to shoot sporadically at the worshipers, who scampered for safety in different directions. According to him, Dr. Zakariah Dogo Yaro, a Medical Doctor with the Kaduna State Ministry of Health was shot dead and an unspecified number of people kidnapped while so many worshipers sustained varying degrees of injuries.

HURIWA said: “Nigerians should demand from World leaders that President Muhammadu Buhari’s administration be classified as a government that tolerates the senseless killings of her citizens by terrorists, Islamists, Fulani herdsmen so specific sanctions are imposed on President Muhammadu Buhari and members of his Federal cabinet and the leadership of the 9th session of the National Assembly headed by Ahmad Lawan.

“We believe that President Muhammadu Buhari does not just have the political will to stop these killings but he is deeply suspected to be sympathetic to their activities given that he has rubbished the clamour for the sack of his minister who espoused dangerous pro-Taliban and Pro-AlQaeda sentiments and ideological leanings. Only global leaders can help Nigerians stop the imminent war in Nigeria because the government does not care a hoot.”

Official Trailer for ‘Coming to America’ to be released soon