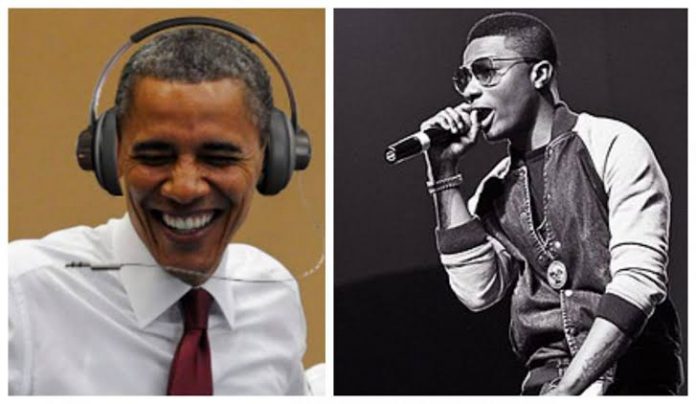 Wizkid, along with some other musical artistes such as Billie Eilish and John Legend, is among some of the artistes that former U.S president Barack Obama has been listening to in the past few months.

Obama on Tuesday shared, on Twitter, his annual Summer playlist for 2020 which includes some of his favourite song:

“Over the past few months, I’ve spent a lot of time listening to music with my family. I wanted to share some of my favorites from the summer,” Obama said on Twitter when he shared the 2-page list.

Featured on the list is “Smile” by Wizkid featuring H.E.R.

Also on the list is “Be Honest” by British singer Jorja Smith featuring Burna Boy.