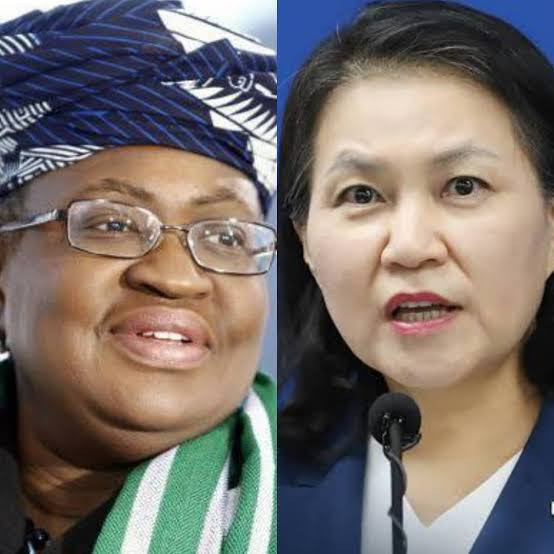 Recent developments seem to be working in the favor of Dr. Ngozi Okonjo-Iweala, as her only contender for the position of the next Director-General of the World Trade Organisation (WTO), South Korean Yoo Myung-hee is set to withdraw from the race.

A report by Washington Trade Daily revealed that South Korea has decided to withdraw its candidate, Yoo Myung-hee, from the WTO’s top job in the coming days to enable the WTO’s General Council to appoint Okonjo-Iweala.

The Washington-based news medium further disclosed that South Korea had already notified the US of its decision and is expected to make it public “in the coming days.”

The report stated, “Washington refused to accept the recommendation made by the selection panel chaired by General Council Chair Ambassador David Walker that Mrs. Okonjo-Iweala is the candidate most likely of the two to attract consensus because she clearly carried the largest support by members in the final round and clearly enjoyed broad support from members from all levels of development and from all geographic regions and has done so throughout the process.

“Yoo from Korea failed to receive enough support from members of all levels of development that is developed, developing and least developing countries, as well as geographically in comparison to the ‘largest’ support received by Mrs Okonjo-Iweala.”

It should be recalled that Okonjo-Iweala had secured the popular vote by a wide margin on October 28 but was not named DG because the US opposed her candidacy.

The World Trade Organisation has also stated after the October 28 meeting that Okonjo-Iweala had the best chance of getting a consensus.

Rise Above Pettiness, Nigeria Is At War With Itself, HURIWA Tells...