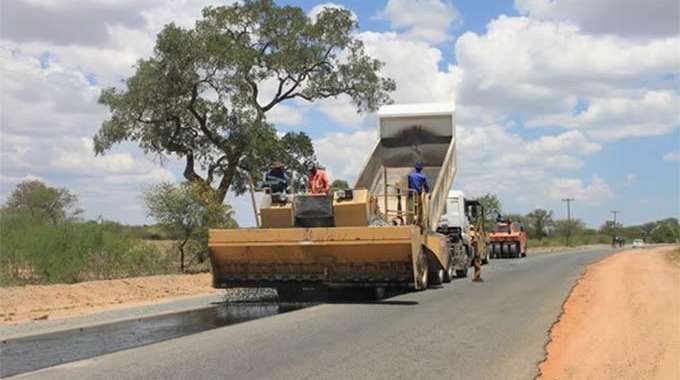 The government has reportedly spent more than $1 billion on road rehabilitation, gravelling, drainage structuring as part of the Second Republic Emergency Roads Rehabilitation Programme 2 (ERRP2) which was launched by President Mnangagwa early this year.

It was gathered that the ongoing rehabilitation of the country’s roads dovetails with the New Dispensation thrust of modernising the national transport infrastructure, which is a key enabler for economic growth and development.

The Permanent Secretary in the Ministry of Transport and Infrastructural Development, Engineer Amos Marawa told The Herald:

“The activity and progress that has so far been registered in Harare is a result of the ERRP2 efforts by Urban Local Authorities and the Department of Roads. This being a national programme, similar progress is being made in other areas. In rural areas, works are being conducted by Rural District Councils, District Development Fund (DDF), and the Department of Roads. Significant progress has been made so far and such progress is captured in the national progress report that is periodically submitted to Cabinet,” he said.

It was disclosed that the government did not borrow from any financial institution to carry out the development projects.

“My Government heard the outcry of our people as movement on our roads has become cumbersome, costly, and indeed risky.

“As a result, on February 9, 2021, the Government declared the state of all our roads a National Disaster, thereby giving impetus to the operationalisation of the Second Phase of the Emergency Roads Rehabilitation Programme (ERRP2).

“This programme is vital given that roads are intricately linked with our economy within the country and beyond. Furthermore, a good transport network is an important cog in the realisation of a wide array of the sector priorities and objectives outlined in the National Development Strategy 1, as we journey towards Vision 2030. Hence, my administration remains seized with the provision and maintenance of sustainable infrastructure and other associated services.”

Meanwhile, the government is targeting to rehabilitate 10 000 road infrastructures.

Matric exams: Here are your past papers and the latest schedule