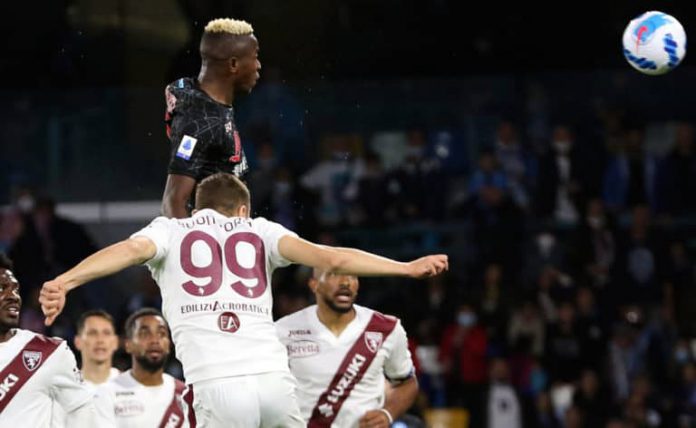 The transfer of Victor Osimhen from Lille to Napoli last year is one of the 62 ‘suspicious transfers’, which took place between 2019 and 2021, being investigated by the Italian Football Federation.

Sky Sport Italia citing La Repubblica says the transfers are under observation because the players’ movements involved significant figures without a real sporting reason.
Osimhen joined Napoli in exchange for 70 million euros, plus an additional bonus of €10 million tied to his performances in the Champions League.
Lille and Napoli were involved in another deal involving four other players, with goalkeeper Orestis Karnezis, and youth teamers Claudio Manzi, Ciro Palmieri, and Luigi Liguori moving to the Ligue 1 club for a total fee of 20 million euros.
It’s pointed out by the the Italian newspaper that Karnezis, a former Greece international, has never played for Lille in the Ligue 1 since joining the club; Manzi is now on the books of Italian third-tier club Turris; Ciro Palmieri plays for Nocerina in the fourth tier of Italian football and winger Liguori is also back in Italy with fourth-tier Afragolese.
It is worth noting that Manzi, Palmieri and Liguori joined their new clubs in Italy as free agents, a year after moving to Lille for a significant fee.

NW woman arrested for killing her cousin after argument