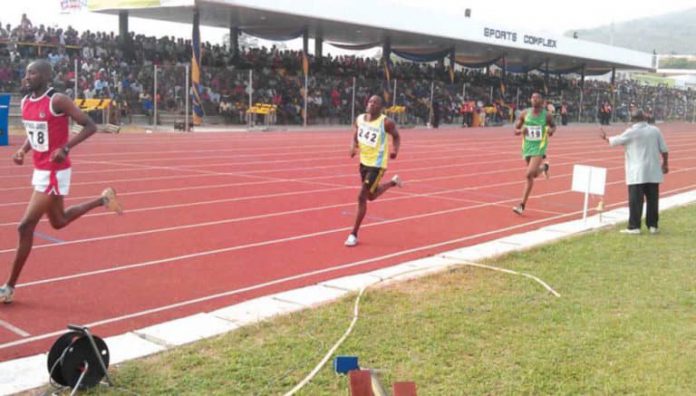 The Vice Chancellor, University of Lagos, Prof. Oluwatoyin Ogundipe on Tuesday said that the 26th edition of the Nigerian Universities Games Association (NUGA) will hold between March 16 to March 26.

Ogundipe said this at a press conference at the University of Lagos on Tuesday noting that 136 universities were expected to participate in seven sports.

“It is noteworthy that sports have always been a centripetal force, uniting our nation, Nigeria even when other forces including ethnic, linguistic and religious difference, political persuasion and other socio- cultural barriers strain its unity.

“The desire to leverage this all-important opportunity that sports present is what propelled the University of Lagos, under my leadership, to bid for the hosting right of NUGA Games in 2018.

“The university won the hosting right after defeating the University of Jos in a keenly contested bid with 76 points to 66 points,” he said.

The Vice Chancellor said that the university had paid N 6 million obligatory fees to NUGA’s National Council and equally signed the Memorandum of Understanding.

Ogundipe said 14  sub-committees to drive the planning and preparation for the games had been set up. “The Games was to have held in 2020 but the global COVID-19 pandemic disrupted things.

“The NUGA Council has now given the go-ahead to the new date of March 16 to March 26,” he said.

It can be recalled that university of Lagos last hosted the games in 1998.

“It will interest you to know that about 136 universities are expected to participate in the 26th edition of NUGA Games and about  ten thousand student athletes and officials will feature in the Games.

“Seven different games are expected to be competed for during the Games.
“Namely; football ( male and female), volleyball, basketball, handball, lawn tennis, table tennis, badminton, hockey, chess, taekwando, judo, swimming, karate, athletics, squash and boxing,” he said.
The vice Chancellor said the institution intended to make the 26th edition of the Games a memorable one.

“Our sporting facilities are currently undergoing massive renovation and reconstruction to international standards to enable individual athletes have one of their best live experiences of sporting during the UNILAG-NUGA Games.

“UNILAG-NUGA 2020 has been tagged A City NUGA as we intend to take some of the games outside the university to create an awareness within the society about the unity value of sports.

“In turn, this will provide the athletes an opportunity to experience the dynamic culture that characterizes the Lagos megapolis, which is one of Africa’s largest economic hubs.

“UNILAG-NUGA Games will be viewable from all over the world as we intend to deploy all TV outlet, including our own UNILAG TV, optimized by the internet to enable people from everywhere in the world to follow the Games,” he said.

The Vice Chancellor said the games would also help to showcase to the world the talents of Nigerian athletes and enable the various sports managers in Nigeria
identify talents for future national and international competitions.

Ogundipe said that the Games mascot Kaddi, and Touch of Unity would relaunch on Nov. 26.

Police warn public of car snatchers ahead of yuletide