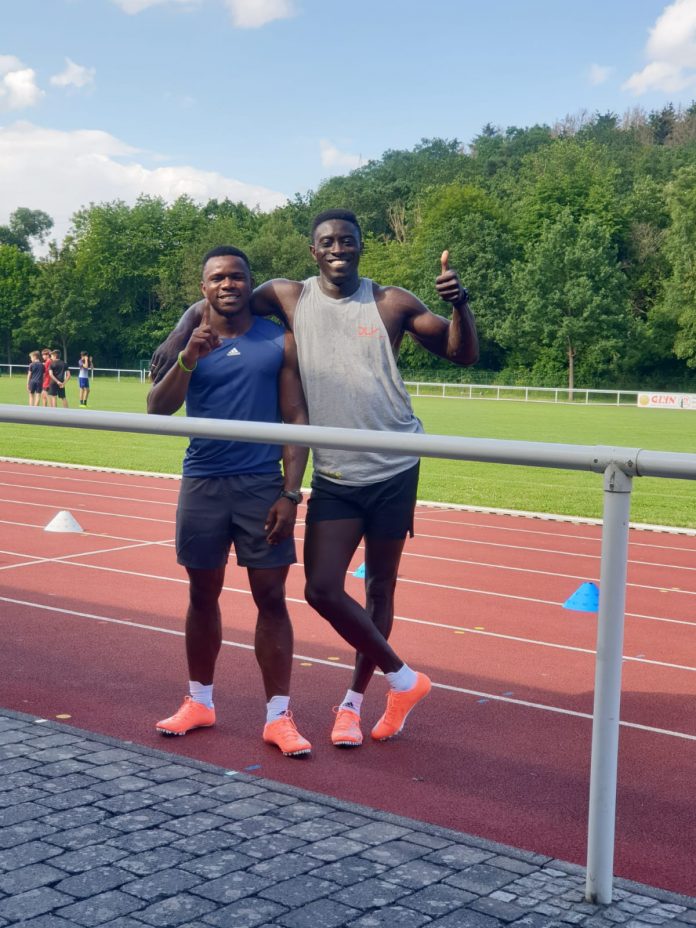 Nigeria 100m race sensation, Enoch Adegoke ended his dream of winning medal for his country at the ongoing Olympic after sustaining hamstring in the final.

The National champion became third Nigerian to qualify for the 100m final at the Olympics.

Enoch’s coach and physiotherapist, Ayo Odelusi if in Tokyo would have taken care of him and possibly averted the injury that robbed him of possible finish on the podium. But the coach was denied accreditation to the Olympic.

In an exclusive interview Odelusi who is presently based in Germany, said, “I’m his coach and also physiotherapist. The problem is, right now I’m in Germany, through Enoch I was informed that my accreditation wasn’t completed. When Enoch qualified for Olympics he started pushing for me to be there with him but unfortunately Enoch accreditation came out but mine didn’t come out.

“I can’t tell who suppose to be in charge, some people said is Nigeria Olympic Committee (NOC), I can’t tell who didn’t do what supposed to be done. Enoch approached them and asked, when is my coach accreditation coming out? They kept telling him that they are working on it. When the name of the coaches came out my wasn’t there. Looking at it from the health angle, there is a different between team coach and personal coach but I wasn’t accredited for either of it. I felt bad because I have been managing series of injury situation, before he traveled to the Olympics he came to me in Germany and we talked about managing his injuries.

Coach Odelusi was happy over the feat Enoch achieved at the Olympics.

”I’m happy that he was able to get to the final. The biggest in the world and he was able to have personal best. Running under 10 is a big deal for someone of his age but the painful aspect is that we hope he did better that the heat in the final but he got injured. I have been with him from the grassroot when he started his professional career. When he joined Obafemi Awolowo University as a student, I was like the school athletics coach from there, I started with me till now.

AFCON Draw: Pinnick, 29 Others Expected At The Event