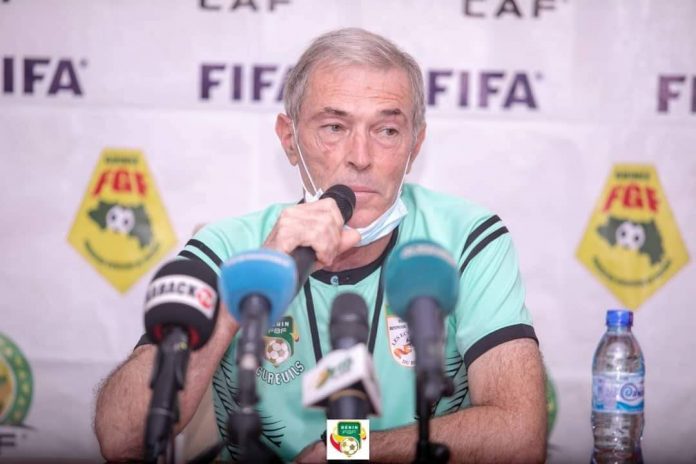 Aftermath of its ouster from the 2021 African Cup Of Nations, Benin Republic has decided to terminate the appointment of its manager, Michel Dussuyer, BSNSports.com.ng can reports.

Considered an African football specialist, Michel has been working with different African countries since 2002.

Squirrels of Benin Republic who made it to the quarterfinal of the 2019 African Cup Of Nations in Egypt failed to get the needed draw against Leone Stars of Sierra Leone.

Kamara penalty goal in the 18th minute ensured that Benin will not take part in the next African Cup Of Nations slated for Cameroon.

The country’s Football Federation announced the termination of his contract on Saturday afternoon as they continue to reposition the team ahead of the 2022 World Cup qualifier slated for later in the year.

“Michel Dussuyer will no longer be the coach of Squirrels of Benin Republic, the decisions has already be taken and it will be formalised in the coming hours,” the statement reads .

Benin Republic is in group J of the world cup qualifier alongside DR Congo, Tanzania and Madagascar

Why RB Leipzig owe Liverpool over £1 million ahead of CL...