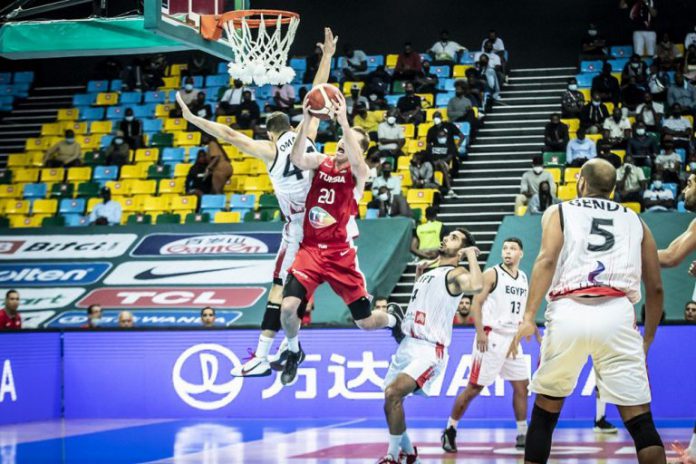 Tunisia continued their perfect start to the defence of their International Basketball Federation AfroBasket title as they earned a second straight victory by beating Egypt in Kigali.

A narrow 87-81 win at Kigali Arena in the Rwandan capital cemented Tunisia’s place in top spot in Group B.

Egypt had moved to within four points of Tunisia in the dying stages before the defending champions pulled away to make it two wins from two at the tournament.

Michael Roll led the way for Tunisia as he scored 25 points, with five rebounds and three assists.

In the other match in the group, Central African Republic beat Guinea 61-60 to pick up their first victory and boost their hopes of progressing to the next round.

Hosts Rwanda also have a 100 per cent record after two matches as they overcame 11-time African champions Angola 71-68 in Group A.

Rwanda recovered a six-point deficit at the close of the third quarter to run out victors to maintain their strong opening to the event on home soil.

Captain Kenny Gasana was the top performer for Rwanda with 18 points, three rebounds and four assists.

“It was a hard-fought victory for us and a special feeling that we were able to humble the former Africa champion,” Gasana said.

“I like to dedicate the much-treasured victory to my team mates for their dedication.”

The Democratic Republic of the Congo are second in Rwanda’s group after they edged out Cape Verde 70-66.

The tournament is due to continue with another four matches scheduled for today.