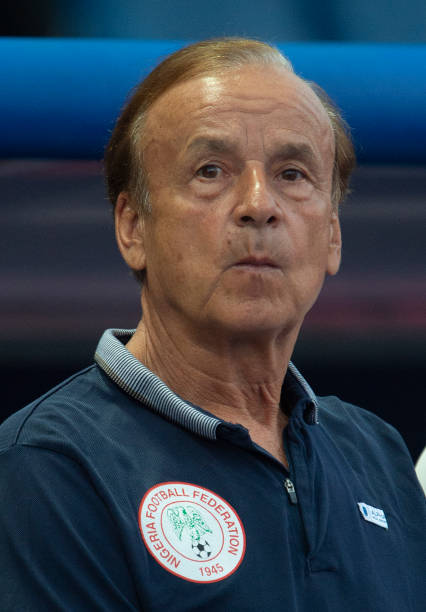 Rohr revealed this while speaking with NFF.TV that nine players including the goal scorer against Liberia in Lagos, Kelechi Iheanacho will not be part of the of trip to Cape Verde adding that playing on a synthetic pitch two days after playing in a heavy grass make the game more difficult than the Liberia match.

He said, “Nine players are leaving. It’s almost all the team and there will be another team, it’s not easy to build another team in only two days and play on a synthetic pitch. We’re coming from a heavy grass after the raining in Lagos to the dry sythentic pitch in Cape Verde.

“Another condition, another team, we have to build another defense, midfield and attack. We believe also that the goal scorer, Kelechi Iheanacho will be leaving. It’s a challenge, it will not be easy for our team, staff and the players but we have to show our solidarity for 20 players that will go to Cape Verde. Now, we must be able to form a good team . We have to manage the situation without alibi if it’s not going well. I believe that our team will be able to bring another good performance even when it will be more difficult than the Liberia game.” He concluded.

Super Eagles started the quest to qualify for the 2022 World Cup on a winning note beating Liberia 2-0 to be atop of group C table. Leicester City forward, Kelechi Iheanacho scored the two goals to put the three-time African champions in a comfortable position following a 1-1 draw between Cape Verde and Central African Republic (CAR).