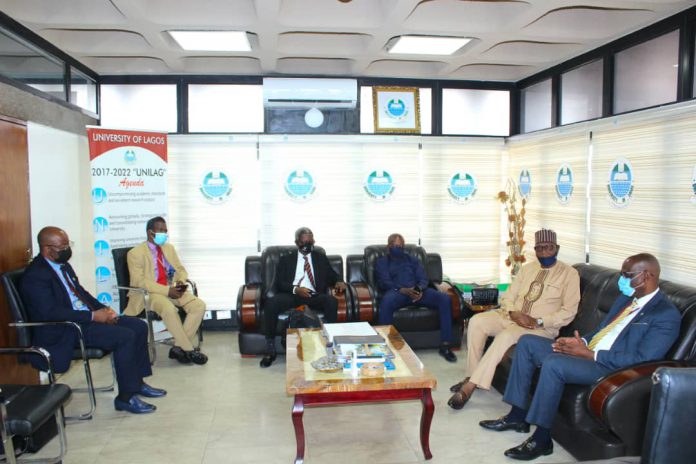 The 26th edition of the Nigerian University Games will be held at the University of Lagos from the 16th – 27th of March 20 22.

The new date was proposed by the university and agreed to by the members of the NUGA council.

In creating a memorable university Games in Nigeria, the vice chancellor of the university of Lagos Prof Oluwatoyin Ogundipe has assured members of the Nigeria University Games Association (NUGA) executive committee of a hitch free cosmopolitan games that will set a trend of other hosts of university games going forward.

In his remarks he said, “We appreciate the fact that NUGA awarded us the hosting rights though we were not the only ones who showed interest,but due to issues beyond our control especially in 2020 where the world was at stand still for so many months and all other unfortunate events that followed thereafter, that is the reason we have not been able to over the way we are supposed to.”

Prof Ogundipe stated that despite the fact the some of the required facilities were yet to be completed, he assured the NUGA executives that work is being done at an accelerated pace. “I want to assure you he said, that things will be faster now based on the commitment we have from several places, what we have done is get those who are committed to get involved with these facilities.

As regards the hosting of the 26th NUGA Games, Prof Ogundipe said the university hopes to put up what he describes as a “Lagos city games” that would create commerce and engagement across the neighboring areas of the schools location in Akoka. “We are bringing Lagos state in and we hope to gain the adequate support for facilities, logistics and security, and I’m sure we will get all the required support.
The NUGA president thanked the Vice Chancellor for his gracious reception of the committee members and enjoins the University to keep to its promise of putting out a NUGA games in 2022.

The hosting rights was gained by the Lagos based university in 2017 during the closing ceremony of the Games at the Federal university of agriculture Makurdi and was scheduled for 2019. After an initial postponement to 2020, the games were once again halted due to the covid 19 pandemic that disrupted sporting activities across the globe.

People want parties ‘to get over their egos, power lust’