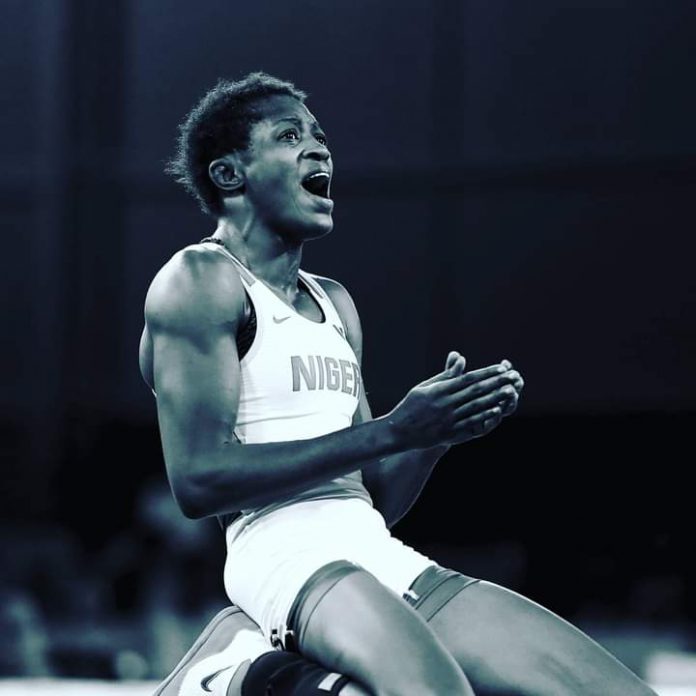 The President of the Nigeria Wrestling Federation, Daniel Igali, on Wednesday assured that Team Nigeria’s Odunayo Adekuoroye who surprisingly lost to Anastasia Nichita of Maldova in the 57kg women wrestling of Tokyo 2020 Olympic Games will bounce back stronger.

Igali, reacting to the pinfall Adekuoroye suffered against the Maldovan, said it was a ‘workplace accident’ which could happen to anyone within a twinkle of an eye.

He said: “We all had high hopes for Adekuoroye to win medal at this Olympics. We prepared very well. Of the 16 athletes here, Adekuoroye had wrestled against about nine of them.

This is the third time she was wrestling against the Moldovan. She had destroyed her 10-0 in each of the last two contests. Within two minutes of the match, Adekuoroye built up a healthy lead, wrestled cautiously and tactically. She was leading 8-0 and on the verge of getting the last two points to win the match by superiority before she was reversed and pinned. “She is inconsolable. She feels she has disappointed a whole nation. We feel her pain. We are equally pained because over 80 percent of wrestling enthusiasts had her as the odds on favourite to pluck gold here in Tokyo. But God’s ways are not our ways.

“She has a loving and supportive group around her. The next 24 hours of grief are always the hardest. But we trust that she will be fine and will bounce back stronger. She has refused food all afternoon. “Our permutation was to win multiple medals at this Olympics. But we are extremely happy with the silver medal won by Blessing Oborududu.

Delay is not denial, Odunayo will likely be at her peak at the next Olympics in Paris.” Igali stressed that the wrestler was a very mentally tough young woman who will bounce back in no time. “I was impressed with her last words to me this night. She said ‘President, we should all be happy. The wrestling team won a silver medal. We all won. I won’t cry again.”