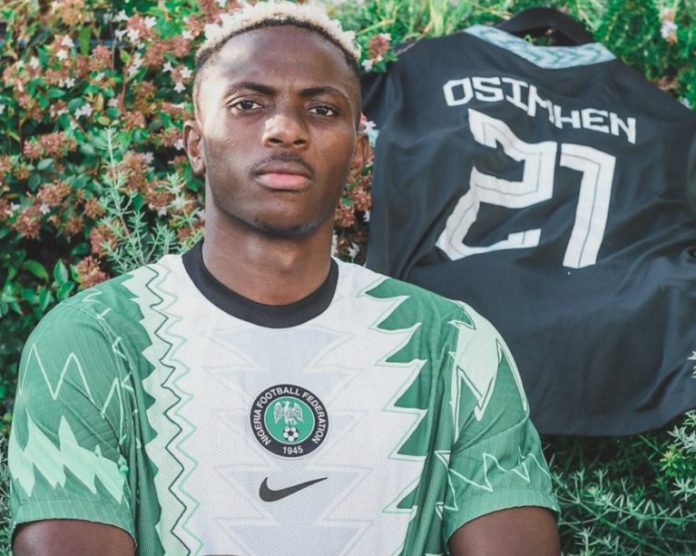 Gernot Rohr has revealed that Napoli star Victor Osimhen is the ‘number one player’ in his pecking order of strikers ahead of the upcoming 2022 World Cup qualifiers and 2021 Africa Cup of Nations.

It is fully confirmed that the Franco-German football tactician and Nigerian Federation chief Amaju Pinnick have embarked on a wild-goose chase by making contact with former Manchester United striker Odion Ighalo to reverse his decision to retire from international football.

Ighalo, top scorer of the 2019 Africa Cup of Nations with five goals, was the undisputed first choice striker for the national team before calling time on his international, with Osimhen his understudy.

Rohr is spoilt for choice in the Super Eagles attack with Kelechi Iheanacho, Paul Onuachu, Taiwo Awoniyi, Terem Moffi and Cyriel Dessers all competing for one or two roster spots.”We have so many good strikers. We invited the last time, Awoniyi, we had Moffi, we had the other one Onuachu, like you know Osimhen of course is actually number one but we don’t have anyone like Ighalo,” Rohr said to Elegbete TV.

”Ighalo is different, he’s a special player, he sees everything, he smells the football so I think our team love his maturity with his experience. He could help us much more”.Osimhen has impressed since stepping into the shoes of Ighalo after AFCON 2019, scoring eight goals while providing six assists.