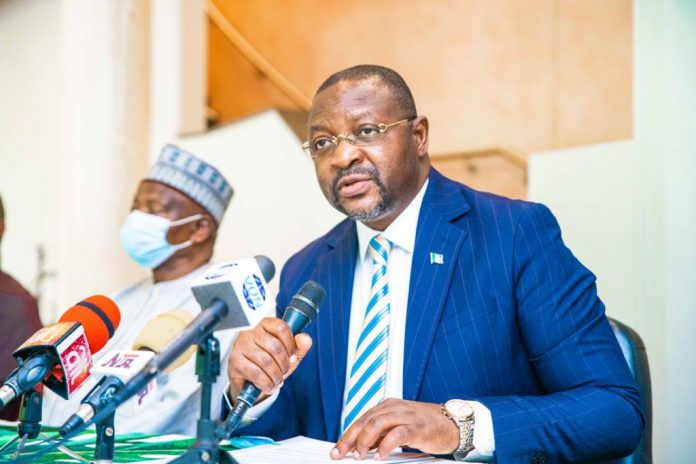 The Athletics Federation of Nigeria has taken delivery of the huge consignment from Puma International for its athletes and officials ahead of the 2020 Olympic Games in Tokyo.

The consignment which includes Track suits, vests, shoes back packs, wheel bags, face masks and others items whose open market price runs into millions of naira was delivered on Sunday,13th, July.

The AFN President Engr Ibrahim Shehu Gusau said on Tuesday that the shipment which is part of the 2019 partnership signed between AFN and the German multinational Corporation in Doha, United Arab Emirates was received on June 12, 2021.

Engr Gusau who recently won another term to head the AFN at the just concluded Elective Congress in Kebbi on Monday, expressed satisfaction with the timeliness of the delivery.

“Having these kits on ground before the Olympic Games is really a morale booster. The Federal Government and the AFN can now focus on other things in their quest to get the best out of the athletes at the games.

“This has been one of our cardinal points when we came on board in 2017 with a promise to reduce the direct financial demands on government. Having Puma on board is massive and we hope to build on this in future.”

Plans for the official unveiling of the Puma kits will be announced soon.

Puma who are one of the leading companies in designs and manufacturing of athletics and casual foot wears, apparels and accessories, is headquartered in Herzogenaurach, Bavaria, Germany.