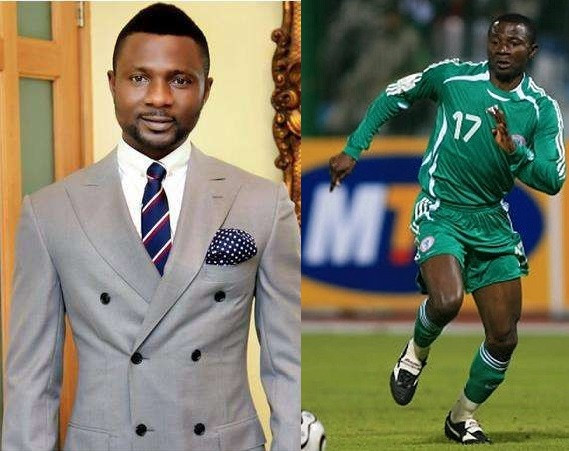 Aghahowa has bemoaned the absence of a genuine playmaker in the current Super Eagles squad and chose to scapegoat Aribo simply because he was assigned the number 10 jersey previously worn with pride by Africa Cup of Nations winners Henry Nwosu, Austin Okocha and John Obi Mikel.

Manager Gernot Rohr set up his team in a 3-5-2 formation against the Blue Sharks, with Everton star Alex Iwobi handed playmaking duties while Aribo and Wilfred Ndidi were the other central midfielders.

In truth, Aribo has struggled to impose his game when playing on African pitches but the clash against Cape Verde was unarguably his best performance in a competitive match for the Super Eagles.
Asked if Rohr should take Nigeria to the Africa Cup of Nations or should be relieved of his duties, Aghahowa said on

SuperSport’s Naija Made : “If you talk of the players the talents are there, the players have the capabilities but we are not having the coach to bring out the best in these players.

“I saw couple of players that were not supposed to be in that team that day.”We don’t have a playmaker. I think somebody was wearing playmaker’s number, 10, but when you saw the play he could not carry the ball, to drive with the ball, and go and meet your opponents before releasing the pass.

“You are giving a pass when there is no one marking you so how do we progress from this pattern of football that we are playing. I don’t think that we can move forward like this?”

Aribo has always played with the number 10 on the back of his jersey since making his international debut in a friendly against Ukraine back in September 2019 but is often deployed as a defensive-minded midfielder.

US To Resume Talks With Taliban Next Week

Oshoala Ruled Out For Two Months