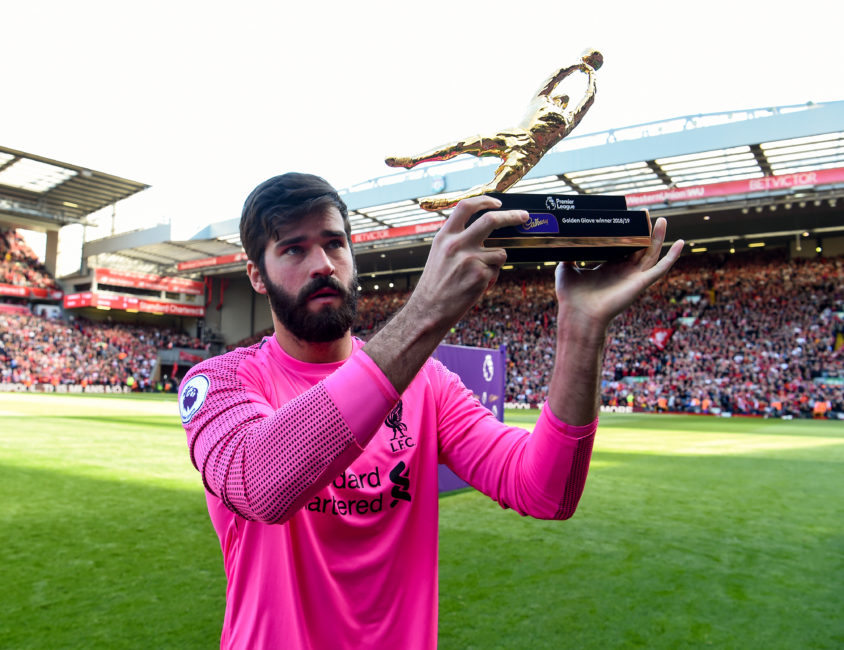 The tragic news of Liverpool goalkeeper Alisson Becker’s father, José Agostinho Becker, passing away broke this morning. Aged just 57, it is reported that his body was found near their family home in Brazil after he disappeared near a dam suggesting he had drowned.

The sad news of Jose Becker’s passing has now been confirmed by São Paulo.

Thoughts are with the Liverpool goalkeeper this morning. https://t.co/OPhBlQQSda

Alisson’s representatives have said that the players’ family asked for privacy at the time.

In 2018, Alisson spoke of how his father had been a goalkeeper just like him.

“I have a family of goalkeepers. My father played for his work team, my mother played handball in school, and my grandfather played in amateur football.”

“And after all this, came my brother playing and then I started to like it, too.”

With the news arriving on Thursday morning, Brazilian clubs have begun to pay tribute to Jose Becker.

‘It is with great sadness that we received the news of the death of José Agostinho Becker, father of our former goalkeepers Alisson and Muriel. Clube do Povo wishes strength to family and friends in this moment of so much pain.’

‘With much regret, São Paulo FC receives the sad news of the death of José Agostinho Becker, father of goalkeepers Alisson and Muriel. Our condolences and solidarity with the two athletes and their families. A lot of strength and a lot of light at this point.’

‘The Fluminense Football Club deeply regrets the death of José Agostinho Becker, father of goalkeepers Muriel and Alisson. We wish all friends and family all the strength.’

As the news continues to reach people, more tributes are likely to be paid. Everyone at 101 sends their best wishes to Alisson and his family at this difficult time.

Football loses an icon as Diego Maradona, 60, dies after a cardiorespiratory arrest 3 days after leaving hospital