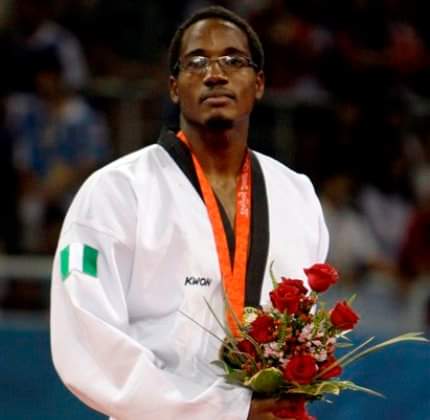 The head of coaching crew of Nigeria Taekwondo Federation (NTF) in 2015, Grand Master Tony Anafulu stated that the assault allegation as reported in the newspaper recently was sponsored by the former President of the Federation because he felt Chika Chukwumerije was responsible for his impeachment.

Chairman of FCT Taekwondo association, Grand Master Anthony Anafulu, who has been surprised at the allegation levelled against Chika, was resurrected again few weeks to a proposed 2021 Sports federation election said, “Before the last board, the allegation reared up and now, it’s coming again just before another election.

He added, “The physical assault allegation is a political vendetta spearheaded by impeached former President of NTF George Ashiru who believes that Chika was behind his impeachment when he was the President. Chika didn’t even spearhead his impeachment I did when I pointed out the fact concerning his gross misconduct during one of our meetings we held in Lagos as a board then.

He continued, “…I was the one who raised the motion for his impeachment because we felt it was improper for a seating President who lives in Lagos to come to a meeting he organised two hours late, and to add salt to injury, he told us he can’t continue with the meeting because he needed to hold another meeting with Koreans who are sponsoring a championship. At that point I felt angry and raised a motion for his impeachment, and it was carried… So, George is still nursing that grudge and he’s using to get at Chika.

“The issue of assault was just a side talk which was never officially reported to the board. The normal process was not followed, so the board then threw it out. No committee or panel was set up to look into the issues. We had a female member, Mrs Margaret Bimga, who is the current NTF President in that board. If a committee was set up, she should be there as the only female board member because the matter concerned female athletes.

“I was the head of coaching both for the Federation and at the camp, no one notified me of any of such. It was only recently I heard a panel was set up outside the board and they found him guilty and that is very surprising, where was the board, so the truth is that there is no truth in this matter.

“I want you to realise the fact that election is around the corner and you can’t know what anybody is planning. So this would be a good way to ridicule Chika who was technical assistant and planned a programme that worked for us that made Nigeria do well at the 2015 African Games. Nobody in Nigeria tackwando has done what Chika has done. Since he came on board, I’m proud to say taekwondo has changed. We have standardised Taekwondo, everybody is envious of what taekwondo is doing in Nigeria and is because of Chika’s commitment and diligence. He has spent personal efforts, personal funds to make sure Taekwondo grows.”

When contacted, the former team captain of the entire 16 Taekwondo athletes during 2015 African Games, Jamilu Mohammed said, “As a captain, I didn’t witness where our coach then Engr. Chika Chukwumerije touched anyone, talk more of beating any of the athletes. Not even one athlete reported such issue to me or any other at that time. Before then and after, even up till now, he has been championing the course of athletes’ welfare, more reason all athletes had elected him to represent all of us on the board of Nigeria Taekwondo Federation (NTF).”