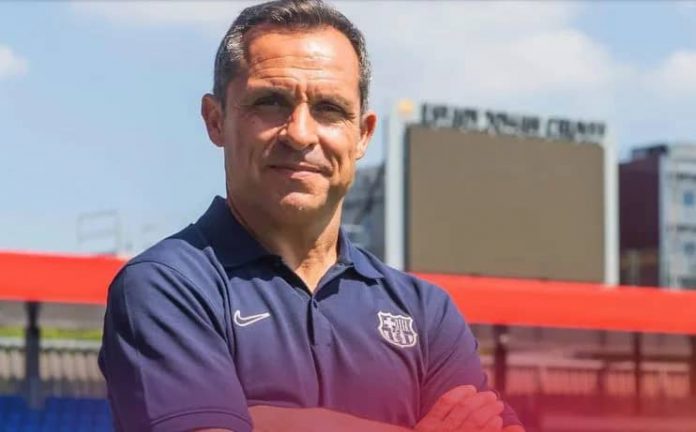 Barcelona have named Sergi Barjuan as the interim manager following the sacking of Ronald Koeman.

The Dutch tactician was relieved of his duties on Wednesday night following the 1-0 defeat to Rayo Vallecano.

The team lost to Rayo at Estadio de Vallecas.
And the club have acted fast to name a caretaker boss in light of the 58-year-old’s departure.

Barjuan, who was appointed as the manager of Barcelona ‘B’ earlier in the summer, has been handed the reins of the first team on an interim basis.

The 49-year-old will be in charge of the senior squad until a full-time appointment is made.

The official statement issued by the club read: “Barcelona hereby announces that Sergi Barjuan, the current coach of Barça B, shall be taking provisional charge of the technical management of the senior squad. His interim position as first team head coach shall end as soon as the club has hired full-time head coach to replace the dismissed Ronald Koeman.”

Barcelona president Joan Laporta will be introducing Barjuan to the first team squad later today prior to their training session at Ciutat Esportiva.

The 49-year-old will attend the press conference tomorrow to discuss the weekend La Liga encounter against Deportivo Alaves, with Laporta also expected to be present during the presser.

As for a permanent replacement, Barca are believed to have reached full agreement with club legend Xavi Hernandez to take over.
The 41-year-old is understood to be working on securing an exit from current club Al Sadd before taking over the reins at Camp Nou in the near future.