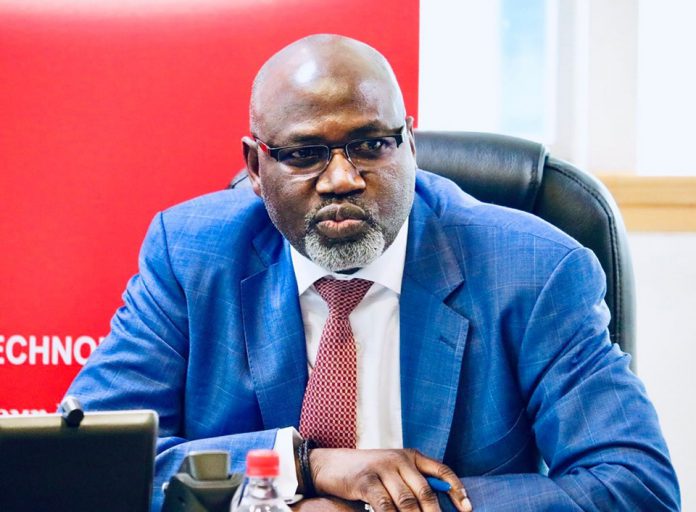 NBBF Caretaker Chairman Engineer Ahmadu Musa Kida has revealed that his love for basketball took over his goalkeeping skills.

Kida who made this revelation while answering questions on the Personality Interview Segment of the FCT Football Updates virtual platform, said as a child, he was good in playing the game with his hands, which presumably may have led to his abandoning goalkeeping in football for basketball.

Quoting his words, Kida said ” as every Nigerian child, we started playing from the streets, and I was good with playing with my hands which eventually led me to be a goalkeeper. But, when I entered the secondary school, I reverted to basketball, from there my love for the game grew. In my form 3, I have started playing for my school team, and continue to the University level and thereafter”. He said that he represented the country twice at the World University Games, before graduating from the University.

Ahmadu Musa Kida is a Nigerian engineer hails from Borno State in Nigeria . He was the Deputy Managing Director, Deep Water Services, of Total Nigeria, until he voluntarily retired in the year 2020 and was also the president of the Nigerian Basketball Federation, ( 2017 – 2021) .

Kida received his degree in civil engineering from Ahmadu Bello University, Zaria, in 1984. He obtained a postgraduate diploma in petroleum engineering from the Institut Francaise du Petrol (IFP) in Paris.

He started his career as a professional at ELF Petroleum Nigeria as a trainee engineer and materials coordinator. He joined Total Exploration & Production Nigeria in 1985 and has over 32 years’ experience in the Oil and Gas industry.

Ahmadu Musa Kida was appointed the Deputy Managing Director of TEPNG Deepwater District as well as on the Board member of Total Upstream Companies in Nigeria on August 01, 2015.

Kida became a member of the Total E&P Nigeria board in 2014 as executive director for the Port Harcourt district.

In August 2015, Kida was appointed as the deputy managing director of the Deepwater district in Lagos.

He attended several professional courses that includes the prestigious Massachusetts Institute of Technology and the Harvard Business School both in the USA.

He is a member of Society of Petroleum Engineers International, a chartered Fellow of the Nigerian Society of Engineers (NSE) as well as a registered Member of the Council for the Regulation of Engineering in Nigeria (COREN).

He is the Caretaker Chairman of the Board of Nigerian Basketball Federation (NBBF), following the dissolution of his elected Board in 2021.