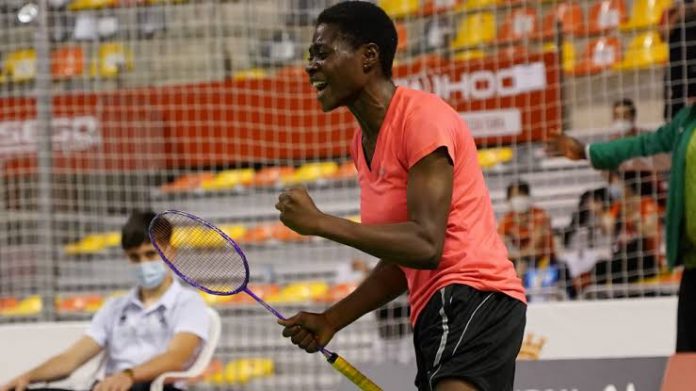 Bolaji Eniola put behind the revival personal tragedy of losing her coach by winning gold medal at the 2021 Spanish Para Badminton International competition in Cartagena, Spain over the weekend. The Nigerian finished in first position to win gold in SL3 female Series.

This feat not only qualified her for the Para Badminton tournament in Japan later in October, but brightened the prospect of winning the title at the world stage .It is also a confirmation of the potentials of para Badminton in Nigeria if given required supports and attention.

Eniola is a protege of late Coach Bello Rafiu Oyebanji who died in an accident while preparing for the championship.

This is her first time of playing in international tournaments made possible by Minister of Youth and Sports Development Mr Sunday Dare who single handedly funded her trip. she also set another record by becoming the 1st African athlete to win Gold in the international championship.