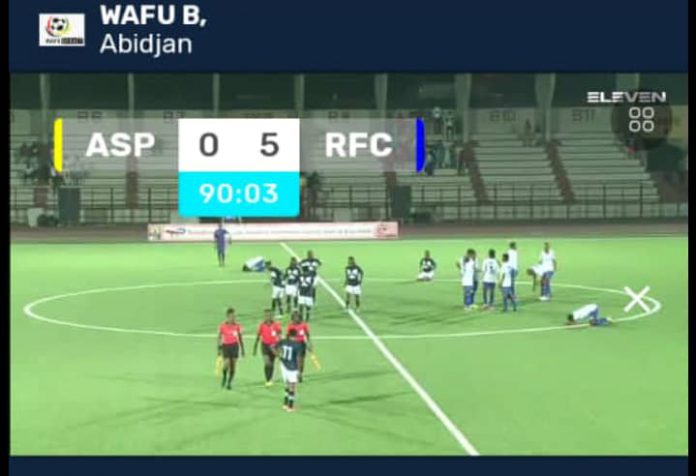 Rivers United put up a five star performance in their second and final group game of the ongoing CAF Women Champions League qualifier played on Tuesday evening against AS Police .

The Pride of Rivers find themselves in front through Oghenebrume Ikenkhua very early in the first half before a goals from Alice Ogebe and Maryann Ezenagu made it 3-0 before the break.

Rivers continued their dominance in the second half and they got rewarded with two extra goals one through an own goal and another from Maryann Ezenagu.

The victory is their second in the qualifiers, an 100% record for them and a second clean sheet in two games.

Their top place is secured in the group and they will play the runners up from Group And one more victory will send them to the tournament proper in Egypt.