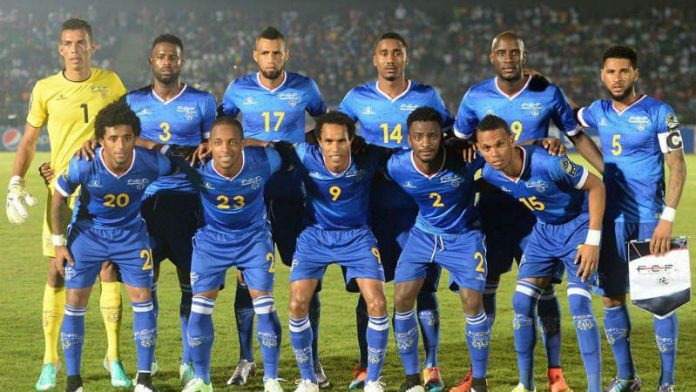 Cape Verde have arrived in Lagos for their World cup make-or-break 2022 Fifa World Cup qualifying fixture against Nigeria on Tuesday.

The Blues Sharks secured a 2-1 comeback win over the Central African Republic to brighten their chances of qualifying for the third round – where Africa’s five representatives will be determined.
Having departed Mindelo on Sunday afternoon, Bubista’s men landed at the Murtala Muhammed International airport after a four-hour trip.

They will commence their preparations for facing Gernot Rohr’s men on Monday morning at the Teslim Balogun Stadium.
On Saturday evening, star player Stopira was honoured by the Cape Verdean Football Federation for making half a century of appearances for the Blue Sharks.

Aside from winning the only ticket in Group C, Cape Verde would be hoping to avenge their defeat against the three-time African champions inside Estadio Municipal Aderito Sena.

Despite Cape Verde taking a 19th-minute lead through Dylan Tavares dos Santos, Nigeria bounced back to secure a 2-1 victory courtesy of goals from Napoli’s Victor Osimhen plus an own goal from Garry Mendes Rodrigues.

Caf has announced Algeria’s Mustapha Ghorbal as the centre referee for Tuesday’s match, while he will be assisted by compatriots Mokrane Gourari, Abbes Akram Zerhouni and Lahlou Benbrahm.