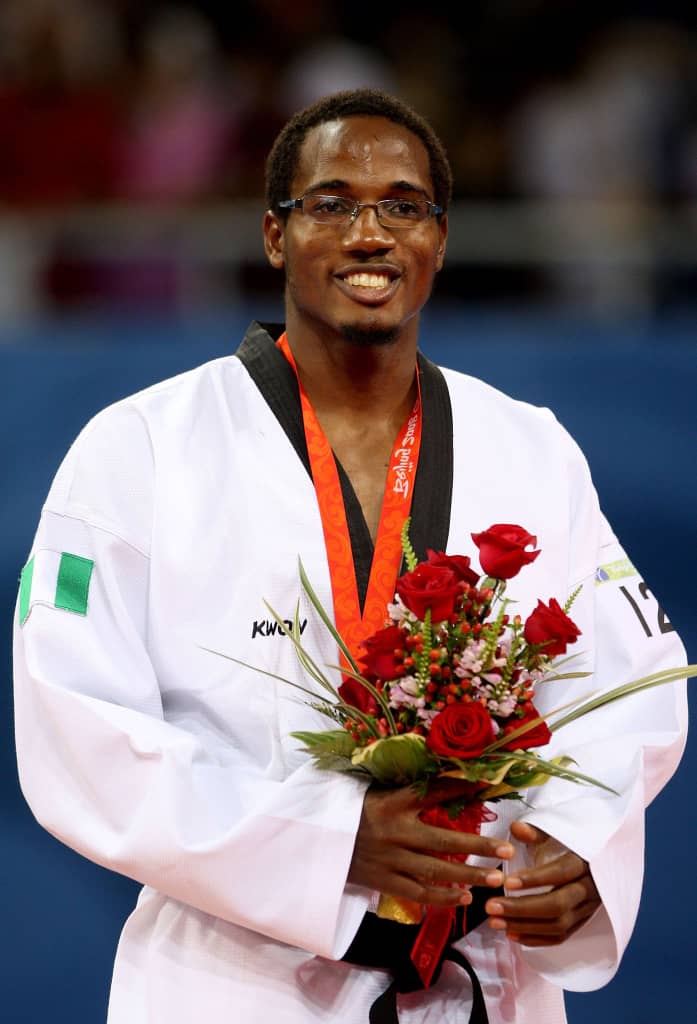 Nigeria’s Olympic and Commonwealth Games Teakwondo medalist, Chika Chukwumereije has called it quits from the sport that put his name on the global record to enable him pursue a personal career.

Three time Olympian announced his retirement from roles in the sport at local and international levels having made up his mind to pursue higher education.

The Abia state born martial artist also disclosed that apart from education he has other personal career that have suffered neglect for the past 21 years he devoted to the sport.

Chika, the son of late astute politician former senator Uche Chukwumereije while narrating his eventful sorjourn in Taekwondo where he made global impact winning national, continental, commonwealth and olympic medals, said he had to call it quits to the sports aspect of his life to concentrate on education and business being areas that have suffered.

He made his decision public during a “thank you meeting” with some reporters in Abuja, where he disclosed that he is currently learning two foreign languages (Chinese and French), with aim to pursue his doctorate studies.

The former technical director of the former board of Nigerian Taekwondo Federation disclosed that the decision to quit the sports scene was not one that he took in a hurry. According to him, the decision to drop the sports side of his life for a while was reached about three years ago.

“From being an athlete, I transformed into a sports administrator and I tried very well to transfer my experience,my skills and everything I have learnt to others and also build the federation and all that. Why I started with this story is that there comes a time when you also have to evolve.

“I started taekwondo as a three year old, I come from a family of black belt. My dad was a Black belt, I have seven siblings who are all black belt and my family actually had a lot of success, five of us were national champions, three were university champions, two were African Champions and of course I went to the Olympics and Commonwealth Games.

“Of course you know I have a degree in mechanical engineering, I have a Masters in Operation and Supply Chain. I was a first class student, in two years I will be forty. I think it is also important to plan for my future, to be stable in both family, financially, career wise.

“So in as much as I love my sports family very much, I think it is very important to start this other career. I have a very good career in my professional course. After eight years in the federation, it is tough, I have not got any certification in the last eight years. I have not studied , I have not read. As a young man it is not good. I need to also try and upgrade my skills and other personal development.”

Chukwumereije who is sponsoring a number of students through his foundation, assured that he will continue to take care of them adding that some of them are in their four hundred level.