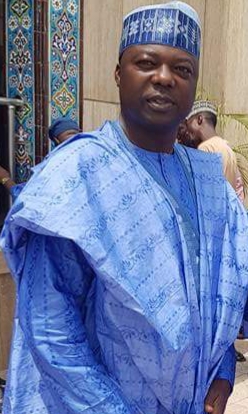 The Esu Karu of Karu Chiefdom in Nasarawa state , His Royal Highness Pharm. Luka Panya Baba has conferred the traditional title of Danmoren Karu on the Chairman of the Club Owners Association of Nigeria and Nasarawa United FC boss Barr. Isaac Danladi.

The Royal father made the pronouncement on Monday November 1st 2021 at his palace in Karu, Karu local government Area aftermath of a meeting with his traditional chiefs.

The title of Danmoren Karu being the first of it’s kind in Karu Chiefdom is in recognition of Danladi’s invaluable contributions to his community,  Nasarawa state and Nigeria at large.

The official date for the turbaning  ceremony of the new Danmoren Karu will be announced in due course.