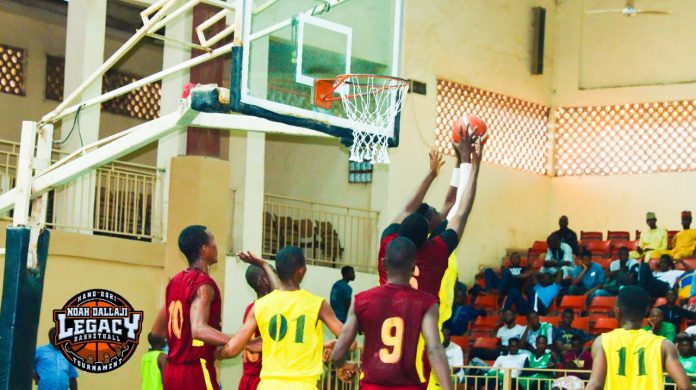 Basketball Coaches across Nigeria as well ex-internationals have poured encomiums on sponsor and organiser of the 2021 Noah Dallaji Legacy U17 Basketball Tournament.

The 8-day competition organised to discover and nurture young talented basketballers in the North has lived up to the expectations with amazing talents displaying skills that sent the crowd into standing ovation, clapping and cheering them to victories.

Ibrahim Maku, Kano U17 coach said “I am happy to get opportunity to bring my boys to participate in this tournament. It’s a great opportunity to expose them to games in this competition.

Also speaking, Kwara U17 coach, Arigbede Babajide said, “Some of my boys are playing in the competition for the first time. And this comes at the right time because they’ve been yearning for such opportunity. I want to say a big thank you to the organiser, Olumide Oyedeji and sponsor, Engineer Noah Dallaji for bringing this to reality.

Reacting, Coach Samson John, Gombe head coach added “If we are been having this kind of grassroots program in basketball for at least three times in a year, Nigeria basketball would have developed than what we have right now. We are grateful for the opportunity to expose our players with this tournament.

Abiodun Tanko and Femi Emmanuel both coaches of Niger and Plateau States respectively added their voices saying that Nigeria will reap the the gains of the tournament in future. They encouraged the sponsor to continue hosting such tournament in the North.