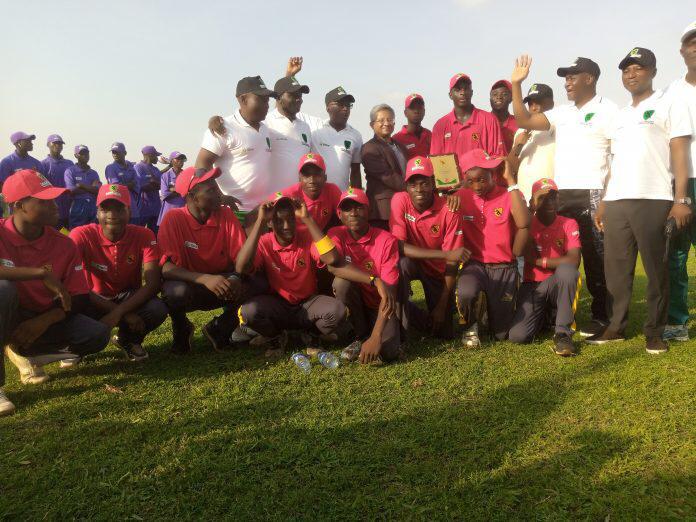 Kwara defeated Team FCT by 21 runs in the finals of the four-team tournament at the Cricket pitch, Package B of Moshood Abiola National Stadium, Abuja.

Kwara won the toss and chose to bat, scoring 72 runs, four wickets out in 10 overs in the first innings.

FCT came on chase in the second innings and scored 51 runs, five wickets out, also in 10 overs.

Abolarin Rasheed, captain of Kwara team and Man-of-the-Match said the victory was not a surprise to the team.

“We are very excited about the victory. It did not come as a surprise to us.

“This is because we are always training, whether we have competitions or not. It is a challenging competition but we thank God we made it,” Rasheed said.

On his part, Emeka Onyeama, chairman, FCT Cricket Association, said the game is being revived in the FCT.

“What you have seen here today is to tell the world know that cricket is back to FCT.

“COVID-19 affected our programs but thankfully we are back and I say FCT is home for cricket,” Onyeama added.

The Cricket Club of Abuja (CCA) and Team Plateau were other two Teams that also participated in the one-day event.

Acting Director, FCT Sports Department, Luka Istifanus thanked the Chairman, FCT Cricket Association, Emeka Onyeama for developing the game in Abuja and hope the young talented cricketers from Kwara who emerged champions and their Abuja counterparts will make Nigeria proud as they progressed in their careers.

“It’s a thing of joy seeing that the game of cricket is being developed in Abuja. We look forward to seeing more championship organised in Abuja for the development of the game. Special thanks to the Chairman for organising this tournament in Abuja. We hope to see more and the players displaying great skills during the matches showed that the sky is their limit. They will go places.

Big wins against US, Argentina big boost for Olympics