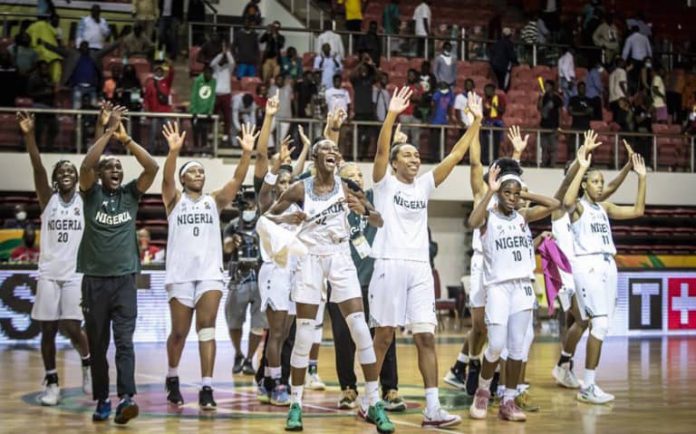 • As Osaka, Washington Are Among Host Cities

Reigning Afrobasket Women champions Nigeria’s D’Tigress are likely to return to Belgrade, Serbia where they made history punching their ticket for Japan 2020.

This is following the FIBA Central Board meeting that confirmed Belgrade (Serbia), Osaka (Japan) and Washington, D.C. (USA) as host cities for the four FIBA Women’s Basketball World Cup 2022 Qualifying Tournaments during their meeting held on Thursday, November 18.

The 16 national teams to take part in the four FIBA Women’s Basketball World Cup 2022 Qualifying Tournaments earned the right to participate through their performance earlier this year in their respective Continental Cup events.

Three countries from each four-team tournament will advance to the 12-team field of the FIBA Women’s Basketball World Cup 2022, which is set to be held from September 21 to October 1 in Sydney, Australia.

The Draw for the four FIBA Women’s Basketball World Cup 2022 Qualifying Tournaments will be held in Geneva, Switzerland, on November 23 at 11:30 CET.