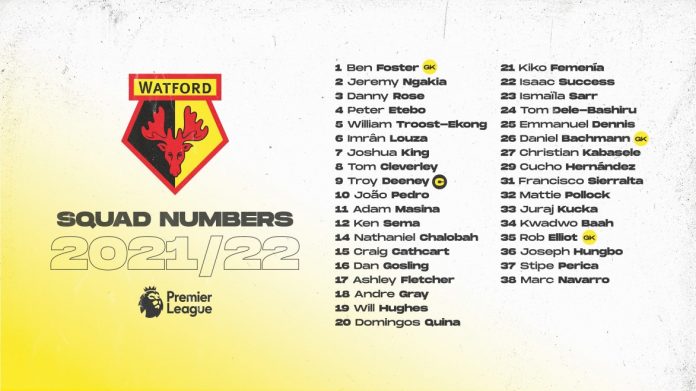 As the kickoff date for the 2021/2022 English premier league draw closer, newly-promoted club Watford FC has assigned jersey numbers to its players.

However, two Super Eagles players: Oghenekaro Etebo and Emmanuel Dennis joined the Hornets on loan from Stoke City and Club Brugge this summer increasing the numbers of Nigerian in the team to five.

The club on Thursday released the squad member and all the Nigerian were listed among the players that will prosecute the season for them.

Troost-Ekong was handed the number 5 jersey, Etebo got number 4, Dennis secured 25 while duo of Success and Dele-Bashiru got 22 and 24 respectively.

For the matchday one of the new league season, Watford will host Aston Villa at the Vicarage Road on Saturday

Coalition negotiations: ANC has strange alliances with PA and IFP