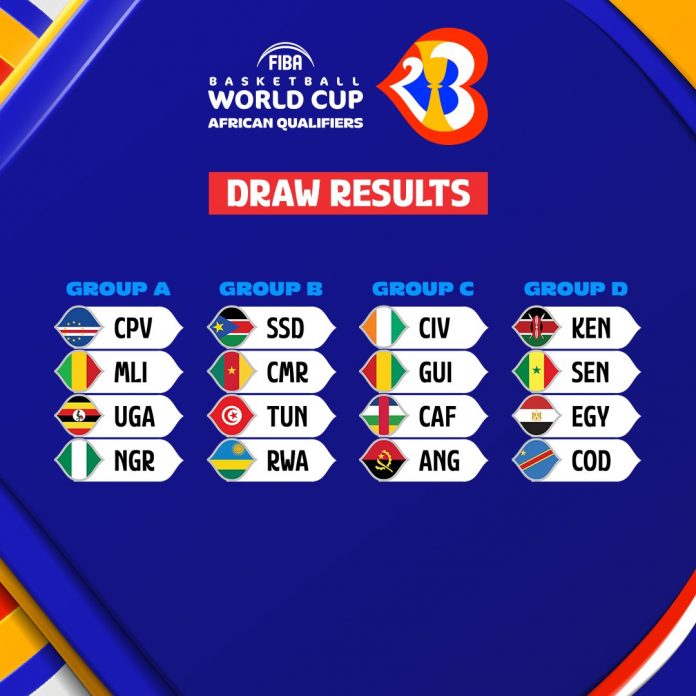 The draws for the 2023 FIBA world cup qualifiers has been conducted with African countries also paired against each other in different groups.

The draw pitched 2015 Afrobasketball champion, D’Tigers in group A alongside Cape Verde, Mali, and Uganda.

The Nigeria senior men’s basketball competed against Mali and won at the ongoing Afrobasket championship in Kigali, Rwanda, and also faced Uganda in the tournament.

Angola Kenya, Senegal, Egypt, and DR Congo will face each other in Group D.

And apart from Africa, countries from other continents were also placed in a group for the qualifying series that will commence later this year

Big win for Man City, Liverpool & others as CONMEBOL suspends...