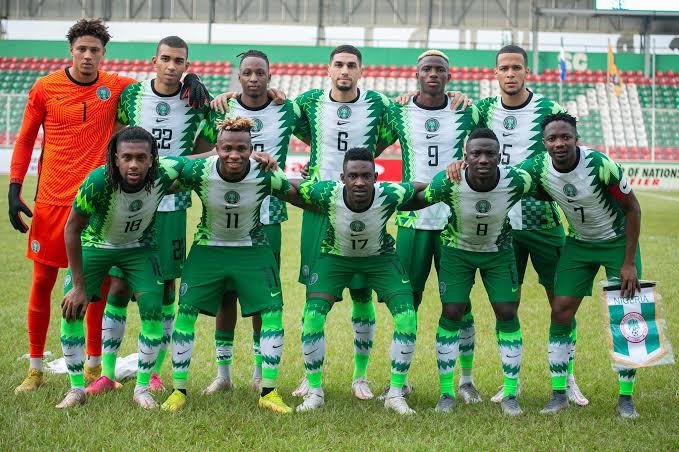 Super Eagles’ Technical Adviser, Gernot Rohr has called up a total of 30 players for next month’s opening rounds of the FIFA World Cup Qatar 2022 qualifying campaign, in which Nigeria will host Liberia in Lagos on Friday, 3rd September (Day 1) and tackle Cape Verde in Mindelo on Tuesday, 7th September (Day 2).

The situation with UK-based players, who may not be heading to Cape Verde (which is on the red list of the British Government with regards to the global coronavirus pandemic) has enlarged the roster, and should the situation remain unchanged, the eight UK-based players on the list would head back to base after the clash with Liberia at the Teslim Balogun Stadium in Lagos on Friday.

The Super Eagles, who have featured in six of the past seven FIFA World Cup finals, host the Lone Star of Liberia at the Teslim Balogun Stadium in Lagos on Friday, 3rd September (kickoff is 5pm) and then travel to the island of Mindelo to tango with the Blue Sharks of Cape Verde on Day 2 of the series on Tuesday, 7th September.

Central African Republic is the other team in the group, and they will line up for home-and-away encounters with the Super Eagles in October.