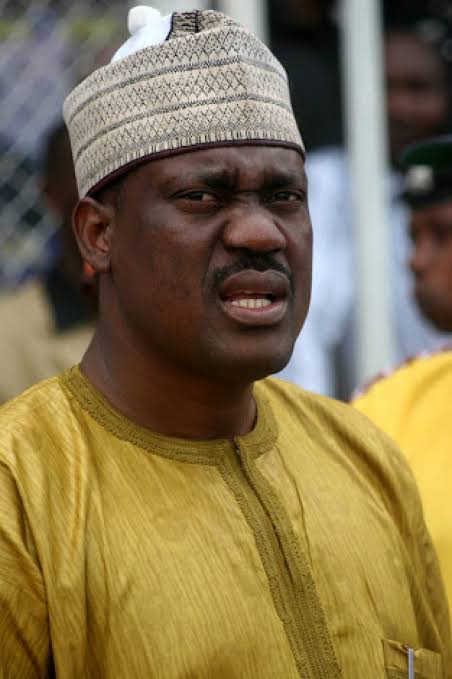 • To fight insecurity and youth unemployment, thumbs up Nigeria’s performance at the Olympics

Former Minister of Sports and Social development, Saidu Samaila Sambawa believes that in Sunday Dare, the federal government has found the most capable individual, with the capacity to curb youth restiveness through sports.

Speaking from his base in the United States of America, Sambawa praised the Oyo state born administrator for achieving so much in just under 2years and advised the federal government to support the Youth and sports Ministry In their grassroot development drive as he believes sports is the best tool to curb insecurity and social unrest in Nigeria.

The Kebbi state born politician who was replaced as Nigeria’s Minister of youth and sports by late Bala Bawa Ka’oje in 2006, will be remembered for his sports development policies and many laudable steps he took in trying to reposition Nigeria sports even though his tenure ended abruptly when he sought the permission of former president, Olusegun Obasanjo to step down and pursue his ambition of becoming the executive Governor of Kebbi State.

Fifteen years after leaving office, Sambawa is still a strong fan of Nigeria sport and helped a few United state based Nigerians take the difficult decision of representing their fatherland in Sports.

“I am a big fan of Sunday Dare and I have done my little from afar, to support his success story. I like the way he started and I am happy with every step he has taken so far. If not for the ten athletes that were disqualified during the games, I was very confident that Team Nigeria would have won atleast 5 medals at the Tokyo Olympics.”

“Despite the setbacks, I want to commend the athletes and the ministry for rising to the challenge and returning home with a Silver and a Bronze medal from Tokyo. That is our best achievement in a long while”

“I will also like to use this opportunity to appeal to the federal government to give more funds to the ministry as sports has so much potentials to tap from as a country. I am not disappointed that D’Tigers and D’Tigress exited the games without a medal. The reason is that, I followed their preparation all through and I am very encouraged by the fact that we have so many young boys and girls in these teams that will form the nucleus of our future exploits at the Olympics”

“If the federal government can put 10% of what they invest on Security into sports development, in five years, millions of Nigerian youths will be taken off the streets and be meaningfully engaged and billions of dollars will be coming as remittances from Nigerian talents scattered abroad.

Our Youth are talented and patriotic. They are everywhere in the world winning medals for countries like the United States, Canada, Great Britain and the rest not only because they are not supported and encouraged by us but also because these countries have provided a conducive atmosphere for them to thrive.

The present sports minister has done so well in convincing and encouraging most of these athletes to return home and on my part, I helped to facilitate the process of securing Nigeria passports and talked to a few of them on the need to dorn the Green White Green jersey of Nigeria”

“For a start, I will want the federal government to build a minimum of 6 zonal national institute of sports, NIS, in the six geopolitical zones of Nigeria. Add these to the NIS in Abuja, the federal capital territory, Nigeria will have seven fully equipped institutes.

These institutes will train Nigerian youth in all sports based on what each can offer. The best of the best will move to Abuja. Each of these zonal Institutes will be linked to the one in Abuja from where all the talents will be harnessed.

“Australia and many other Countries did this after poor outings at the Olympics. That way, the ministry will have a platform to discover hidden talents from the regions”

“Secondly, there is the need for Nigeria as a country to invest more in individual sports. Sports where we have comparative advantage. These individual sports can win us medals at the Olympics and Common Wealth Games than the team sports.

The likes of Great Britain, Canada and the United States of America are winning lots of medals from Swimming, Athletics, Gymnastics, weightlifting, wrestling, boxing, Judo, Tennis among others. These are the sports that gives you more medals at major competitions.

“As a Country, we have wasted so much money in sports participation rather than Sports Development and I think enough is enough! We must endeavor to encourage our sports men and women, give them the best facilities to train, provide adequate training grants and offer them the best coaches to excel at the Olympics.”

“Like I said, Dare seem to have the mental awareness and psychological drive to succeed as a sports minister. He looks very focused and if encouraged, he will take Nigeria sports to that height we all dream of” he concluded