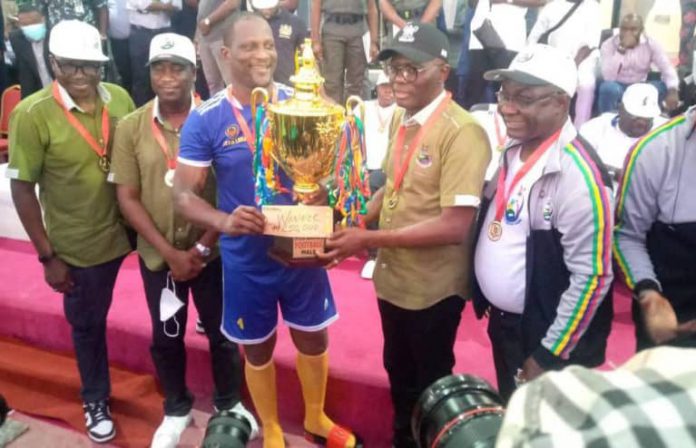 The Lagos State Governor, Mr Babajide Sanwo-Olu doled out cash prizes for the winners of male and female categories in the football competition of this year’s finals of Head of Service Games.

Public Service Office however beats State Universal Basic Education Board by 3-1 to win the female category of the tournament, just Mininstry of Agriculture finished in the third place.

The Annual Inter–Agency Football Competition tagged Head of Service (HoS) Cup which was introduced in 2006 with the objective to promote the physical and mental well-being of Public Servants and to also identify talents that could represent the State at large, just as to nurture the spirit of sportsmanship among competitors and participating Agencies across the State Public Service.

The Head of Service, Mr Hakeem Muri Okunola, in his opening remarks noted that since its introduction 15 years ago, the competition has largely achieved these objectives amidst great fun, thrills and excitements.

Individual talents such as the highest goal scorers, best goalkeepers and best players of the tournament were also recognized and duly rewarded.