The future of David Alaba is coming closer to a conclusion after recently the Austrian international confirmed he would be leaving Bayern Munich at the end of the season and at the expiration of his current contract.

“I’ve decided for me personally to do something new after this season,” Alaba said.

“I have decided to do something new after this season. I will leave the club. That was definitely not an easy decision for me… I haven’t decided which club I’m going to join yet. This lies in the future. We’ll see.”

“I will leave the club and it was not an easy decision, it was very difficult because I have been here for 13 years and I really identify with this club, it’s close to my heart and I’m very grateful to the club for everything.”

“I have not decided which club I’m going to join yet. This will happen in the future.”

The main club which has been credited with the greatest opportunity to sign Alaba is Real Madrid.

Real Madrid midfielder and German international Toni Kroos admitted that he had not spoken with the Austrian international and the former Bayern Munich midfielder believes that the decision will be completely up to Alaba in regards to where his next destination is.

“I don’t know anything. I haven’t talked to him and he hasn’t called me, but I think he’s old enough to make a decision,” Kroos said. “I don’t know what offers he has on the table either. If I had spoken to him on the phone 30 times, I would know their intentions, but I only read what they say on this subject. ”

He went on to praise Alaba’s club Bayern and for them to be the favourites in the Bundesliga and possibly again in Europe.

“Bayern are without a doubt one of the favorites. For being the current champions, but also for the quality it has,” he said. 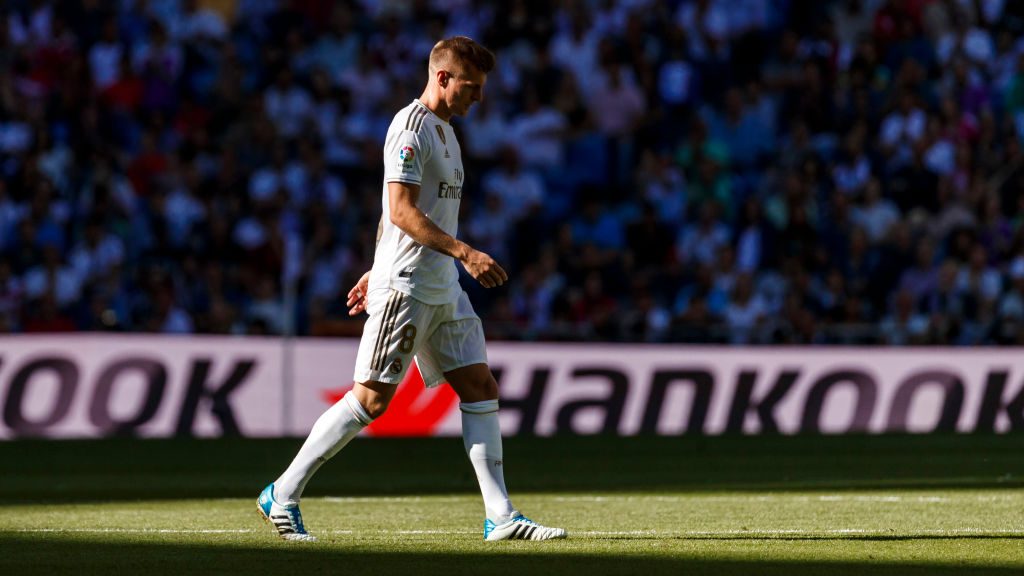 “Bayern is definitely one of the favorites, if not the top favorite.”

Real Madrid and Bayern Munich both won their first leg of the round of 16 and could be facing one another should they progress to the quarter finals.

Arsenal captain Aubameyang hits back at Toni Kroos over criticism: ‘Do you have kids?’

Chelsea For Sale For £ 3b