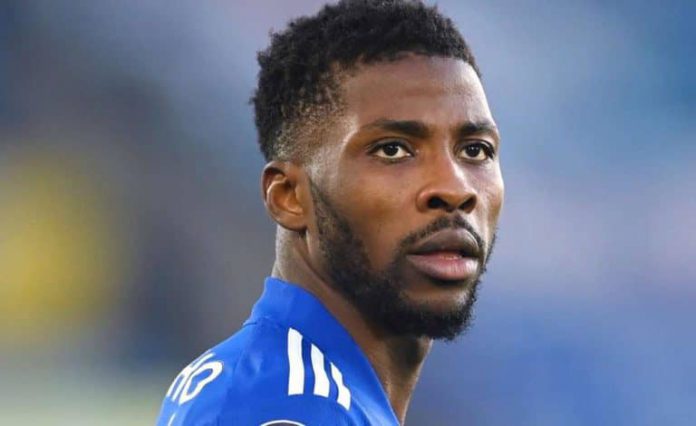 One of the best goalkeeping performances of the season by Aaron Ramsdale helped Arsenal secure a 2-0 win over Leicester City in a Premier League clash at the King Power Stadium on Saturday afternoon.

Kelechi Iheanacho made his fourth consecutive start in the top-flight and departed the field to be replaced by Ademola Lookman at half-time but there was no cameo from the bench for Wilfred Ndidi who was fit to be included in the matchday 20.
Goalkeeper Arthur Okonkwo and Folarin Balogun were not in the Gunners squad with the striker on U23 duties against Leeds United in the Premier League 2 on Friday evening.It was a really tasty start by Arsenal as Gabriel, with a clever header from a corner, put them in front in the fifth minute.

Leicester City were way off the pace in the first half and Emile Smith Rowe doubled the away side’s lead at minute nineteen.In the 27th minute, Iheanacho nearly halved the deficit with a shot from distance but Ramsdale made a world-class save to tip the ball around the far post.

Leicester City were on the front foot for most part of the second half with Youri Tielemans influencing the game but could not find a way past the excellent Ramsdale.Following their fifth win of the season, Arsenal have climbed from tenth to fifth in the provisional Premier League standings.