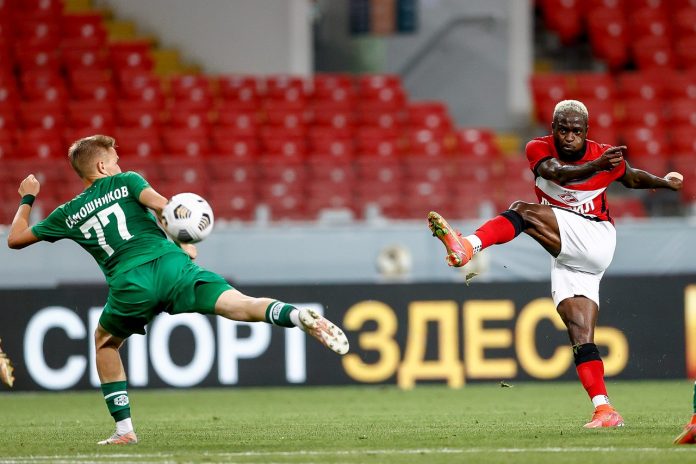 The former Chelsea, Inter Milan, Fenerbahce forward scored Spartak’s first of the night, sending the goalkeeper the wrong way from the spot in the tenth minute.

Aleksandr Sobolev, Roman Zobnin and Georgiy Dzhikiya found the back of the net in the space of seven second half minutes to steer Spartak Moscow to a comfortable win.

Rui Vitoria made two changes in the starting lineup compared to the match against Sochi: Selikhov came out instead of Maksimenko, and Moses instead of Ignatov. At the same time, the Nigerian was located on the right flank of the attack, and Bakaev got the role of “ten”.

Moses’s goal today means he has now scored in four consecutive games for the Muscovites, helping them register three wins against Sibenik, Sochi and Rubin Kazan, and a draw vs NK Bravo.

Callum Hudson-Odoi & Thiago Silva pictured in Chelsea training ahead of...