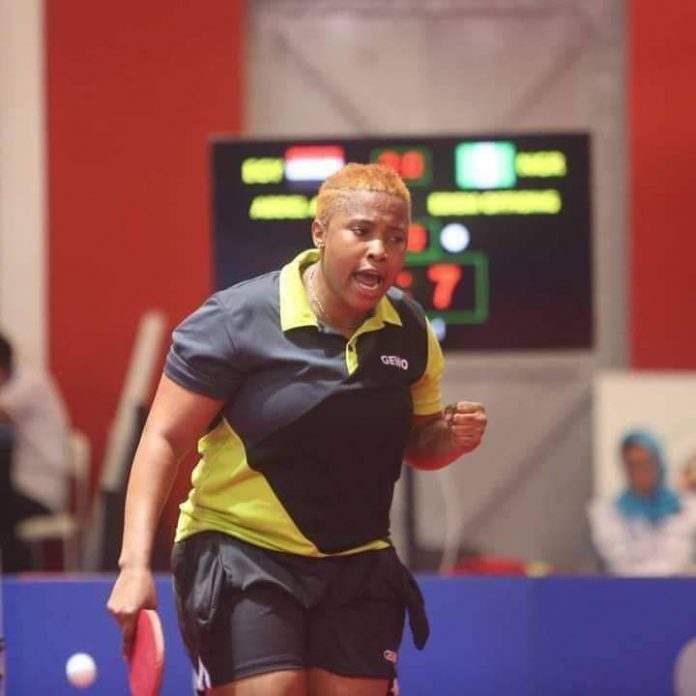 Despite exiting the ongoing Tokyo Olympics in the second round, Nigeria’s table tennis queen, Offiong Edem has made remarkable improvement in the recently released world rankings.

According to the International Table Tennis Federation (ITTF) ranking released yesterday, Edem who was ranked 123 before the Tokyo Olympics, is now ranked 116 in the world.

This means the Cross River born table tennis player gained seven steps up the ladder to become the third best African player in the world behind Egypt’s duo of Dina Meshref and Yousra Helmy who were ranked 37 and 101 respectively in the latest world rating.

Edem who competed in her third Olympic Games started her campaign from the first round of the women’s singles where she defeated highly-rated Hungarian Dora Madarasz 4-2 before being edged out by American Lily Zhang 4-1 in the second round.

She is the only Nigerian table tennis player who recorded a win while the likes of Quadri Aruna, Olajide Omotayo and Olufunke Oshonaike failed to win their matches to advance to the next round of the singles event in Tokyo.

However, for emerging as the first female table tennis player in the world to make seven Olympics appearances, Olufunke Oshonaike gained one step up in the rating to be ranked 174 in the world

Ancelotti says Richarlison going nowhere while he remains in charge at...