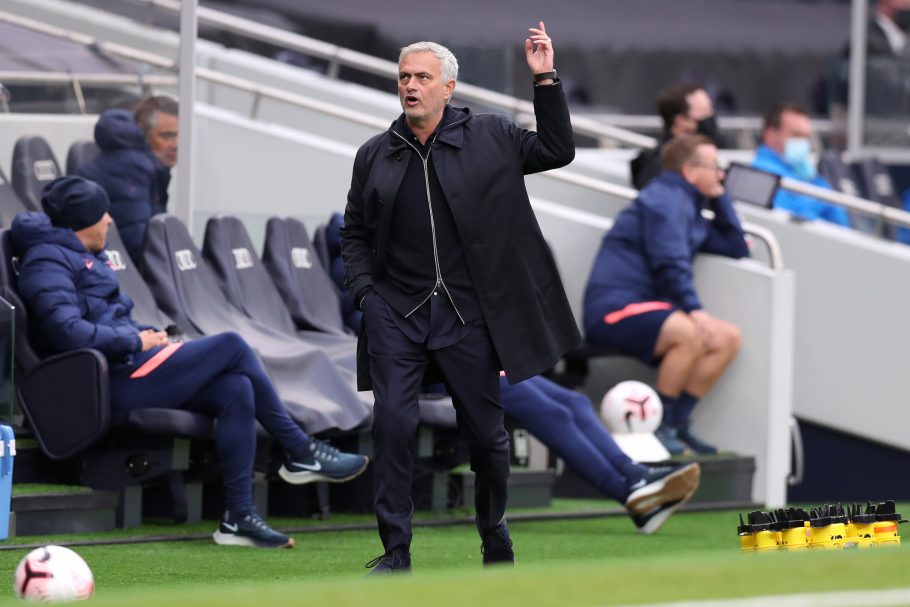 The tie was a must-win for Spurs if they hoped to keep their dwindling top-four hopes alive.

However, when all was said and done at the London Stadium, goals from Michail Antonio and Jesse Lingard saw David Moyes’ men emerge with three points, sending them up to 4th.

As for the Lilywhites, they are now down in 9th place, and could slip even further down the table by the end of the day.

The defeat to West Ham was Spurs’ 5th in six Premier League outings, with their only victory during this stretch having come against 19th-placed West Brom.

It also all but killed off any hopes they had of securing a Champions League berth, with a Europa League finish even looking something of a stretch at this point.

“Such a soft goal to concede.”

Michail Antonio puts West Ham in front against Spurs early on with a close-range finish!

As ever, though, Jose Mourinho’s post-match press conference involved him doing anything he could to deflect blame away from himself.

First, the Portuguese appeared to hint that he needed some fresh legs to help turn things around:

“I feel that we are not in the position in relation to our potential – even if I think for a long, long time that we have problems in the team that I cannot resolve by myself as a coach. Our potential is higher than where we are so there is frustration.”

Mourinho to BBC: “I feel that we are not in the position in relation to our potential – even if I think for a long, long time that we have problems in the team that I cannot resolve by myself as a coach. Our potential is higher than where we are so there is frustration.” #THFC

Mourinho then, when asked if he is questioning himself, somewhat bizarrely claimed that both he and his coaching staff’s methods are second to nobody in the world:

“No, not at all. The results are the consequences of multiple situations in football. Mine and my coaching staff methods are second to nobody in the world.”

#thfc Mourinho asked if he’s questioning himself: “No, not at all. The results are the consequences of multiple situations in football. Mine and my coaching staff methods are second to nobody in the world.”

Mourinho at the end of his road

Such quotes have understandably gained a fair bit of traction online, as they are simply just not true.

Mourinho’s status as a manager has been declining for some time now, with things slowly getting worse and worse at each new club he manages. This handy stat from Opta helps highlight the Portuguese’s decline quite nicely:

81 – José Mourinho has earned 81 points after 50 league matches in charge of Spurs, his lowest total at this stage in any managerial stint:

At other clubs, though, there have been quite a lot of ways to defend Mourinho. At Manchester United, for example, he maintains the Red Devils’ highest Premier League finish since Sir Alex Ferguson left.

He also won the Europa League and League Cup whilst at Old Trafford (no, the Community Shield doesn’t count), with Louis van Gaal the only other manager to have bagged any silverware with the club since 2013 (one FA Cup).

At Spurs, though, Mourinho already looks to have come to the end of his road, despite not even being in charge for two years and showing absolutely no signs of improvement.

The football, for the most part, is incredibly dull. Spurs are unlikely to earn any sort of European football this season and though they have a League Cup final coming up, does anyone really expect this Tottenham team to beat that Manchester City team?

And instead of trying to own up to his mistakes and suggest ways his side can improve, Mourinho has done nothing but make excuses and blame his players.

Do Tottenham have the best team in the world, or England for that matter? No, obviously not.

But can anyone really look at that squad and suggest Mourinho is getting anywhere close to the best out of them?

Earlier this week, Mourinho stated that coaches are only as good or bad as players make them:

“We coaches are as good or as bad as our players make us.”

So if this is indeed true, why on earth are Daniel Levy and Spurs paying him a reported £15m-per-year, when they could just hand any random coach the job and this team would do exactly what they are doing right now?

They are all obviously talented players, but have become world-class because they have, top, top coaches behind them.

Instead of heaping all of the blame on his players, Mourinho should be looking at himself, and finding ways to change up his coaching methods, because they obviously no longer work in today’s game.

In truth, though, that is extremely unlikely to happen, and when Mourinho is eventually sacked by Spurs, it is hard to see him finding another job at the top of the game.

Tottenham may have to pay around £30m to sack Jose Mourinho

Desert Breath: How Art Combined the Red Sea and Infinity

US Approves $40bn For Ukraine As Biden Rallies Behind NATO Bids

Morocco 2022: Super Falcons commence camping for Ghana in Lagos on...