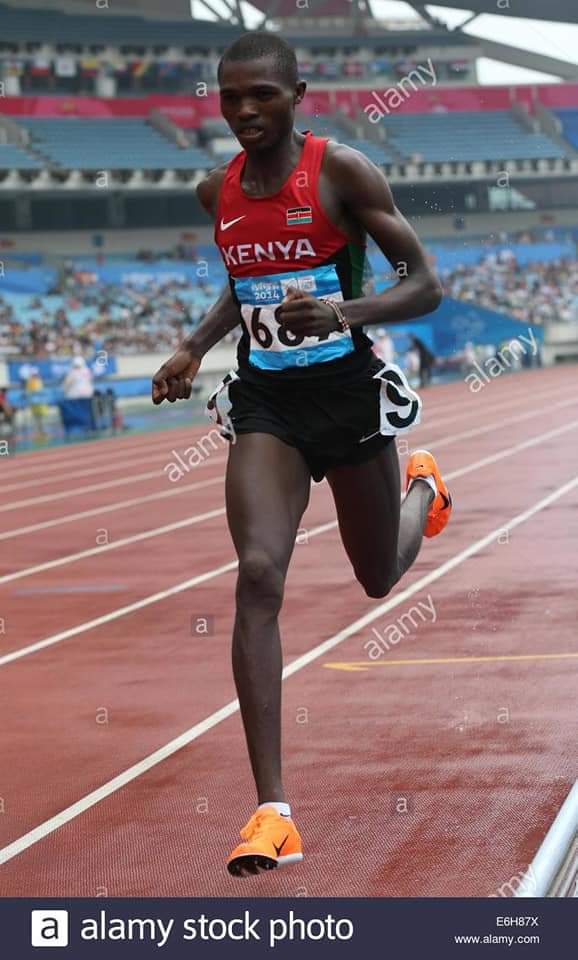 Kwemoi, 23, lit up the Olympic Stadium in Nanjing, China, winning gold in 1500m in 3:41.99 during the 2014 Youth Olympic Games. A year later, Kwemoi won silver for Kenya at the African Under20 Championships in Addis Ababa, Ethiopia.

The late athlete was born in Kipsigon in Mount Elgon area, Bungoma County on October 3, 1997.

He has been training in Iten and Nairobi under National Police Service coach, Isaac Kirwa.

Gilbert Soet Kwemoi has been known to represent Kenya in 1500M races. The long race runner who came from Kapateny village Mt. Elgon constituency last participated in Olympics in 2014.

This world Olympic games were held in Nainjing China where Gilbert finished the 1500M race first bagging a Gold medal.

From there, he did not compete actively in other Olympic races. Gilbert has however taken part in Gaborone Africa youth games and he was able to go home with a Gold medal. Many athletes are currently mourning since Gilbert used to motivate them most of the time when they go for international competitions.

It is not so clear and many people do not know what took Gilbert’s life. This sad news has been confirmed by Kenneth Lusaka speaker of the senate.