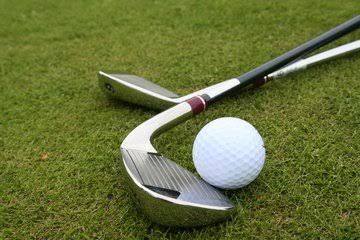 The memorial golf tourney held at lbori Golf and Country Club (IGCC), Asaba featured over 140 golfers from different golf clubs from south-south and other parts of Nigeria.

Khalil (hcp 12) showed his stuff in the men’s category by playing 78 net to win the event ahead of Henry Onaiwa (hcp 23) who recorded 80 net, while Gibson Lee (hcp 13) settled for third place with 80 net.

Meanwhile, the guests men and ladies categories were won by the Captain and Ladies Captain of UBTH Golf Club, Hon. Matthew Iduoriyenkenwen and Ehis Igbinaolor respectively.

Newsnigeriaonline.com.ng recalls that the tournament bankrolled and hosted by Odoziaku, Mrs. Christy Nkechi Chizea will be organised annually with three main goals in mind.

That is to honor the memory of her late husband; to honour individuals living and deceased who have distinguished themselves in the game of golf, and to showcase good golfers competing in IGCC, on one of the most challenging golf in Nigeria, for the enjoyment of the game.

In his address, IGCC Captain, Mr Alfred Ebreneyin appreciated all players that played and those that grace the occasion based on their love for the late past captain.

Ebreneyin said: “Chief Nicholas Onyeogali Chizea was the past captain of IGCC for two years and passed on after a brief illness last year. He left a solid legacy in the club. Built a caddy hut with office at the club, and he is well loved by all who knew him.”

The highlight of the event was the presentation of various trophies and other prizes to players that excelled at the end of the tournament.